The anime and manga powerhouse, Viz Media, has appointed the former Netflix Consumer Products director, Laura Takaragawa to the role of vice president consumer products, a newly created position for the business as it looks to increase its presence in the licensing and merchandising space.

The new role will see Takaragawa manage licensed merchandise and collaborations, interactive and digital games, location-based engagement, and promotions across all of its properties. She will report into Viz Media’s senior vice president of animation, Brian Ige.

“Her vast experience in cross-platform licensing and brand storytelling, combined with her content knowledge and passion, make her the ideal leader for this role,” said VIZ Media’s chief marketing officer Brad Woods.

Leading the charge of an estimated $20bn anime market is a rather pretty place to be sitting at the best of times, but with this value only expected to grow as the popularity of the Japanese art form continues to sweep across audiences to the West, it’s undoubtedly a large grin that spreads across the faces at Crunchyroll right now.

With the largest community of fans – that’s more than 70 million registered users – and 3 million paying subscribers on the books, Crunchyroll is well and truly at the forefront of the anime and manga popularity explosion. Not only does it boast the world’s largest collection of anime, including more than 1,000 titles and 30,000 episodes, but it is engineering further growth across the market with development in the distribution, events, and licensed games channels, too. 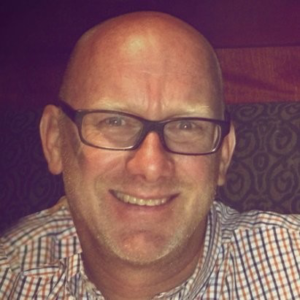 The plan, according to John Leonhardt, head of consumer products at Crunchyroll, as he speaks exclusively with Licensing.biz, is now to “elevate anime into an extraordinary lifestyle,” and doing so by licensing it in to theatrical, TV, consumer products, and video game markets – jumping on the opportunity that has seen the pop culture genre become an international sensation over recent years.

“Anime continues to grow in popularity all over the world,” Leonhardt tells Licensing.biz. “We see anime’s evolution from an exclusively Japanese category to a worldwide sensation as one of the most fascinating case studies in modern branding history, and a testament to the power of anime’s ability to tell rich, captivating stories.”

It’s certainly helped the genre’s cause that the last decade has seen the geek culture shake off its stigma to become fully embraced by the mainstream today. Among its globally-spanning audience, high profile names including John Boyega, Michael B Jordan, Megan Thee Stallion and even the wrestler Xavier Woods have outed themselves as celebrity fans of the medium.

And yet, there is still room for anime to grow. 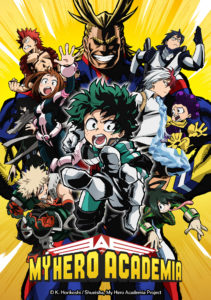 “We recognise that adult dramatic animation is still in its infancy here in the West,” continues Leonhardt. “Anime is so much more than one genre – it’s a storytelling medium that crosses many genres, including sci-fi, sports, thriller, adventure, action, romance, and more.”

Having been recognised as ‘the world’s best home for anime’ for over ten years now, Crunchyroll recently crossed a major milestone when it landed its 70 millionth registered user and three millionth subscriber; a demonstration, it says, that “the growth of anime shows no signs of slowing down.”

Part of WarnerMedia and having acquired Viz Media Group only last year, Crunchyroll has not only expanded its suite of brands and capabilities in a very short time, but has also become a world leader of the anime medium, with roots embedded in markets across the globe. That’s not bad for a company that started out life as a content sharing platform based in San Francisco some 14 years ago.

In the coming year, Crunchyroll is expecting to see its diverse slate of anime series, as well as its continued collaboration with the European arm, Crunchyroll SAS, to drive significant growth for the overarching company. In Europe alone, Crunchyroll SAS has plans to deliver merchandising programmes for key IP in library, including My Hero Academia and Captain Tsubasa, focusing on publishing, apparel, figures, toys, stationery, back to school, accessories, homeware, and health and beauty.

“Crunchyroll SAS will also tap into the broader EMEA network of partners across live events, gaming and more to enhance a fast-growing licensing plan and a strong retail presence supported by marketing activations across Europe,” says Leonhardt.

2020 may have served up its fair share of challenges for all to handle, but Crunchyroll has remained resolute in its mission to deliver anime to the global community, even when it meant transforming its Crunchyroll Expo into the first-ever Virtual event. On top of that, the firm has secured distribution partnerships with Cartoon Network in LATAM and TNT Comedy in Germany, while Crunchyroll Games has made its library of anime-inspired games available to the international audience.

“We put our fans first,” continues Leonhardt. “Being everything for someone and making sure we deliver the best of anime to them is what makes us successful. 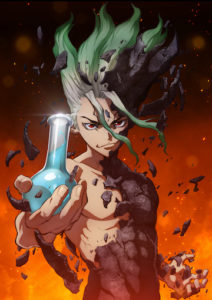 “The licensing business is being driven by product and experiences, the pandemic has seriously disrupted some of the planned strategies for 2020/2021, leaving licensing and retail businesses particularly exposed.

“This disruption pushes us and our partners to explore a number of new creative options to enable the same experiences online or virtually. This change was actually predictable and already going on, but let’s say that the world situation we’re all facing today has accelerated the process of finding ways to keep our community in.”

It’s that community, that 70 million worldwide, Leonhardt understands, is what is at the heart of the anime boom right now. A fervent collective of fans, all of whom are looking for means to express their fandom. This is what Crunchyroll is servicing today.

“In addition to a deep library of titles, Crunchyroll has a passionate global community that love to wear their fandom as a badge of honour,” says Leonhardt.

“Between the new content coming to the platform, Crunchyroll’s increasingly global presence in the anime industry overall, and Crunchyroll’s continued commitment to building out 360-experiences for the anime community with consumer products, live and virtual events, games, and more, the future looks bright for the year ahead,” he concludes.