More than 100 extra shows are being added to the first ever live theatre tour of hit children’s show Hey Duggee. 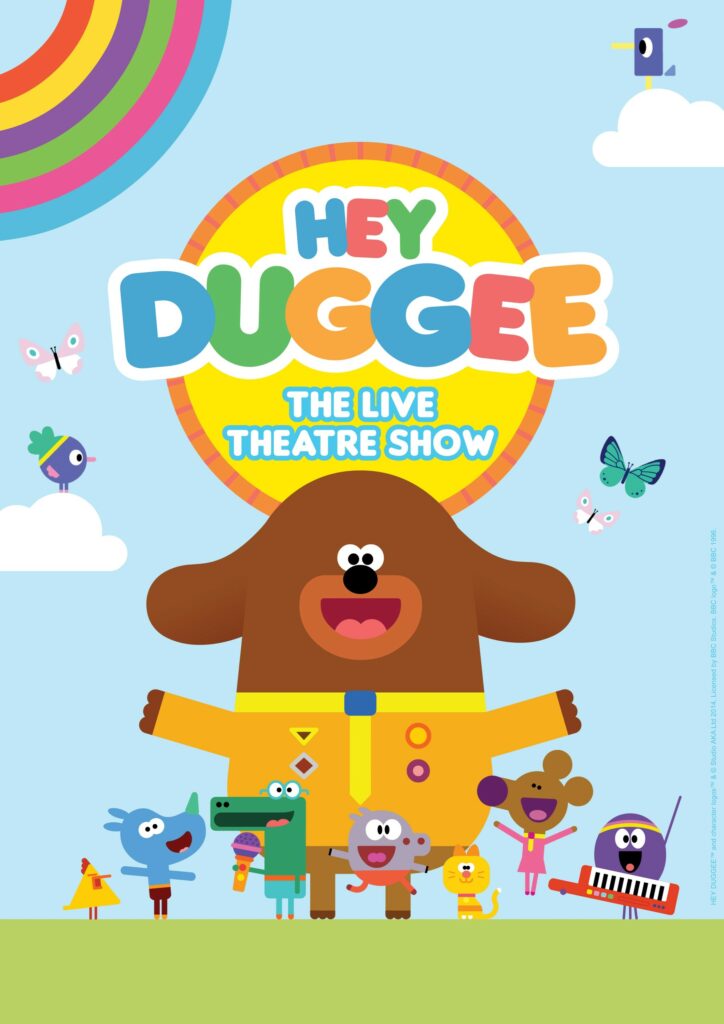 It was announced in June that Duggee, The Squirrels and their friends will come together for Hey Duggee The Live Theatre Show; ‘packed with non-stop fun, laughs, singing and dancing’. The demand for tickets has been so great that the producers behind the tour are adding a further 13 new venues in a three-month extension. The extra dates will see the live show visit 37 theatres across the UK and Ireland, from December to late August 2023.

The CBeebies series will be brought to life through innovative puppetry and storytelling in this new live show, featuring a light show and projections. The extension includes a four-week run at the Southbank Centre’s Royal Festival Hall (London) from 14th December.

Kenny said: “We are so thrilled to be working with Live Nation, Cuffe and Taylor, Studio AKA and BBC Studios to create a brand new stage show with lots of surprises.”

Ben Hatton, director of theatre touring for Cuffe and Taylor, added: “The reaction to the initial Hey Duggee tour announcement was phenomenal, so we are delighted to be adding so many extra dates to the first ever live tour of this exciting new show. There is a great demand for more shows across the UK and Ireland, so we are meeting that by visiting 13 more regional theatres in what is now a nine-month tour.”

Mat Way, global director of Live Entertainment, Gaming and Interactive at BBC Studios, commented: “We are so pleased that even more families across the country will have the chance to enjoy what promises to be a fun-packed and captivating show that will delight Hey Duggee fans of all ages.”

Since its TV debut in 2014, the BBC and Studio AKA creation has won six BAFTAs and an international Emmy award. Hey Duggee was the most streamed children’s show on BBC iPlayer in 2021 and is popular with both children and parents alike.

Tickets to the shows will be available from www.heyduggeelive.com and direct from theatres.