BBC Studios has sent the Hey Duggee Transforming Duggee Rocket Toy by Golden Bear beyond the Earth’s atmosphere and into space. 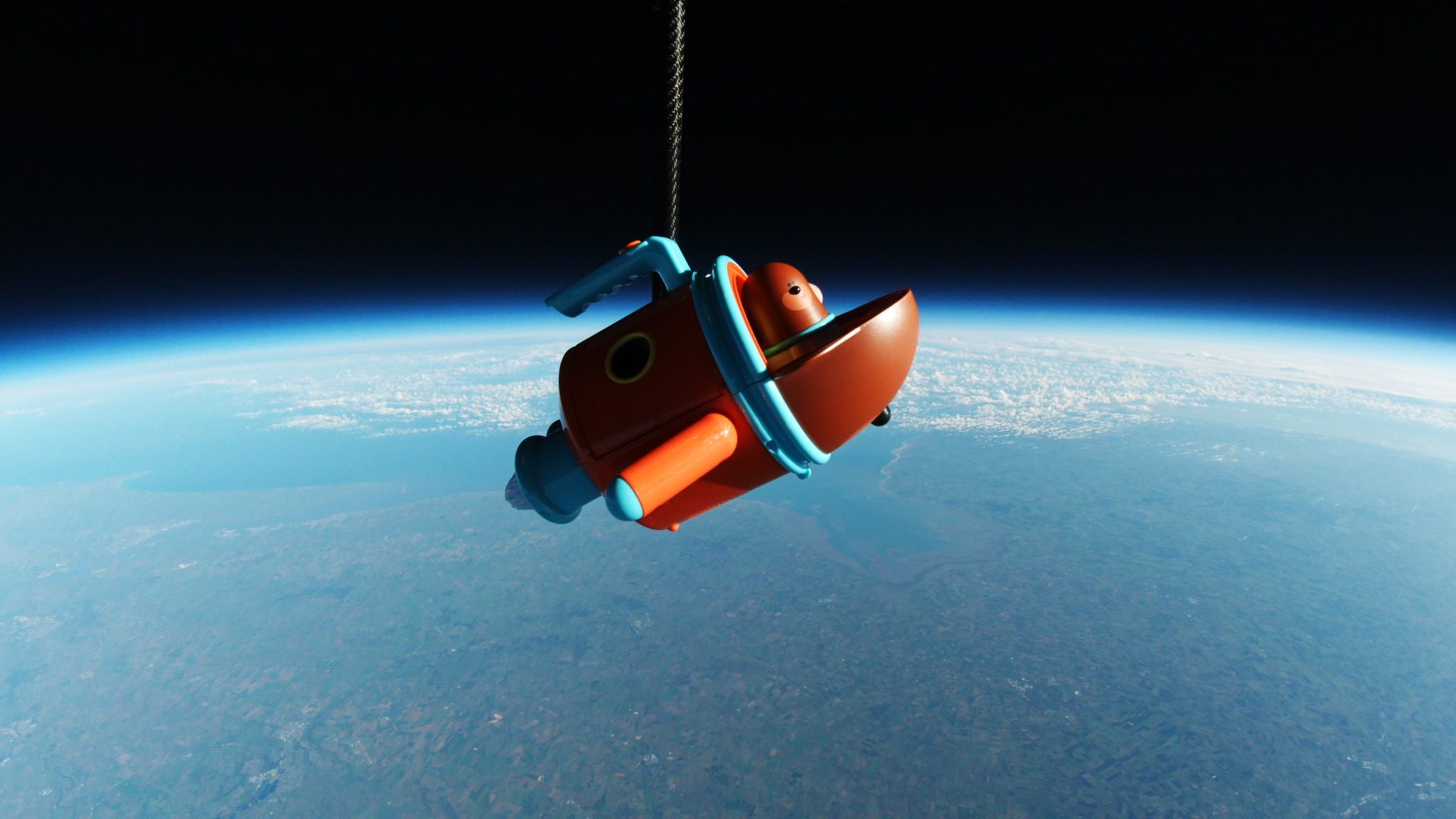 The Transforming Duggee 2 in 1 Space Rocket Toy is made by Golden Bear Toys, BBC Studios’ master toy partner for Hey Duggee Kids and Family. The toy travelled into space attached to a stratospheric balloon, powered by Hydrogen gas, which is a sustainable alternative to Helium. Astronaut Duggee left Earth from a launch site in Sheffield. The Duggee Rocket travelled for an hour and a half, ascending through the Earth’s atmosphere and reached space by 19km.

“As Hey Duggee puts fun and a have a go attitude at the heart of learning, we couldn’t resist this opportunity to send the transforming space rocket toy into orbit and ignite young imaginations on the wonder of space,” said Harriet Newby-Hill, VIP Marketing.

“We’re passionate about education at Sent Into Space and my little ones are big fans of Hey Duggee, so putting Duggee into space and teaching viewers about our planet is a very exciting project for us,” said Dr Chris Rose, Head of Projects & Business Development at Sent Into Space.

Imagery and video captured show the Duggee Rocket floating around 120,000 feet above the Earth in 4K definition. Following the voyage, the Duggee Rocket parachuted back to Earth smoothly. Both the toy and the stratospheric balloon were safely recovered close to Huntingdon, Cambridgeshire.

Footage of the launch, plus further fun facts on the mission, are presented by Astrophysicist and Comedian Dr Josie Peters and is available to view on all of Hey Duggee’s social channels as part of Hey Duggee Space Week running until 5th December.

Earlier this year The Transforming Duggee Space Rocket toy was named as one of London Toy Fair’s 2022 Hero Toys. Other new Hey Duggee toys on the market set to delight children and their families this Christmas include Hey Duggee Wooden Clubhouse from 8th Wonder, Hey Duggee Deluxe Scooter from MV Sports, and Hey Duggee Sing & Learn Microphone from Trends.

Tickets are also on sale for Hey Duggee The Live Theatre Show, which is touring the UK and Ireland from December.