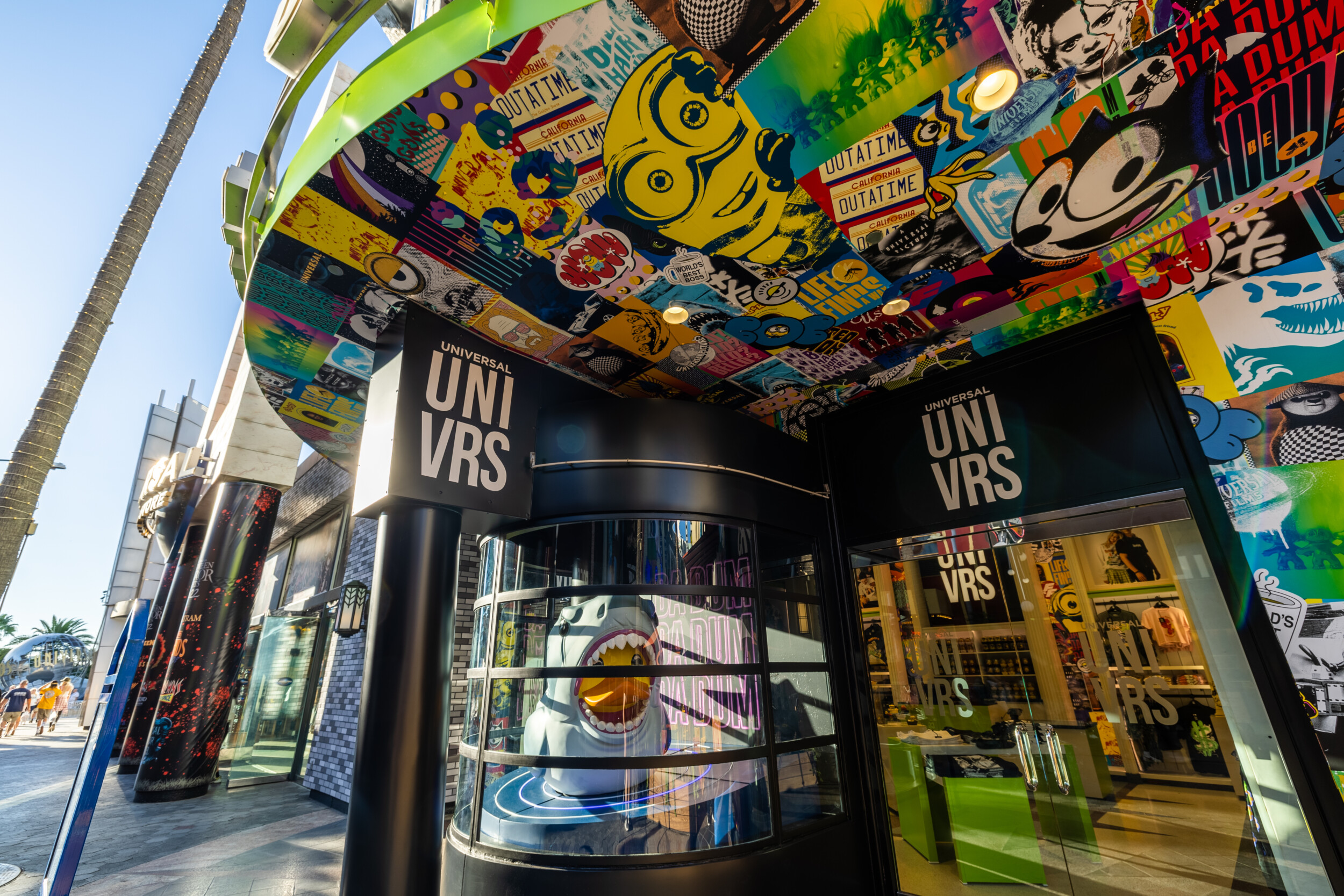 Universal Univrs, a new, first-of-its-kind retail destination, is now open at Universal CityWalk Hollywood, bringing favourite brands from across NBCUniversal to life in a  shopping destination that leans into the “get it before it’s gone” drop-culture shopping mentality.

Tapping into entertainment and fashion tastemakers through their style-driven offerings, merchandise at Univrs marries popular brand designs with current fashion styles, driven by favourite characters and iconic on-screen moments – such as Illumination’s Minions, Universal Pictures and Amblin Entertainment’s Jurassic Park and E.T. the Extra-Terrestrial, and classic characters like Felix the Cat, Universal Monsters and more. Exclusive merchandise will be released in limited quantities; from tees, hoodies and track suits to hats, tote bags and skate decks, products will range in price and size across the men’s, women’s and unisex categories.

Developed by Universal Products & Experiences – a new division of Universal Parks and Resorts – the store aims to “drop” new styles in limited quantities every few months, with products available only at the Unvrs store, which is located in the Universal Studio Store adjacent to the theme park’s main entrance.

“Universal Univrs celebrates casual and super fans who are looking for elevated, character-inspired merchandise that’s influenced by popular fashion trends seen around the world,” said Vince Klaseus, president of Universal Products & Experiences. “With new, limited edition collections released every few months – and only available at Universal CityWalk – shoppers will continue to be surprised by new styles and the store’s fresh take on apparel, accessories and collectibles.”

With a focus on culture and creatives, Univrs also serves as a way to highlight international and local artists through exclusive merchandise. Artists from the UK and Korea – Marylou Faure and Sambypen, respectively – worked with Universal on designs inspired by Illumination’s Minions: The Rise of Gru that have been applied to various streetwear styles, such as bucket and corduroy hats, crop tank tops, matching sweatshirt and pant sets, track suits, tees and more. Additionally, Los Angeles-based artist Jason Keam created a selfie wall mural in the Univrs store to celebrate the 40th anniversary of E.T. the Extra-Terrestrial; this mural art will also inspire designs for exclusive apparel and totes coming soon.

“This is a one in a million opportunity for me to celebrate the epic classic, E.T., through my creative lens,” said Jason Keam. “Growing up in Southern California, much like the kids in the film, I craved inspiration, friendships and adventure all the while staying connected to my family and community. My hope is that my artwork and involvement in this project conveys a playful spirit, sense of wonder and connection to our homes, no matter the galaxy.”