Two Playocity entertainment centres will open soon with more planned for launch across Saudi Arabia in the future, under licence from Hasbro. 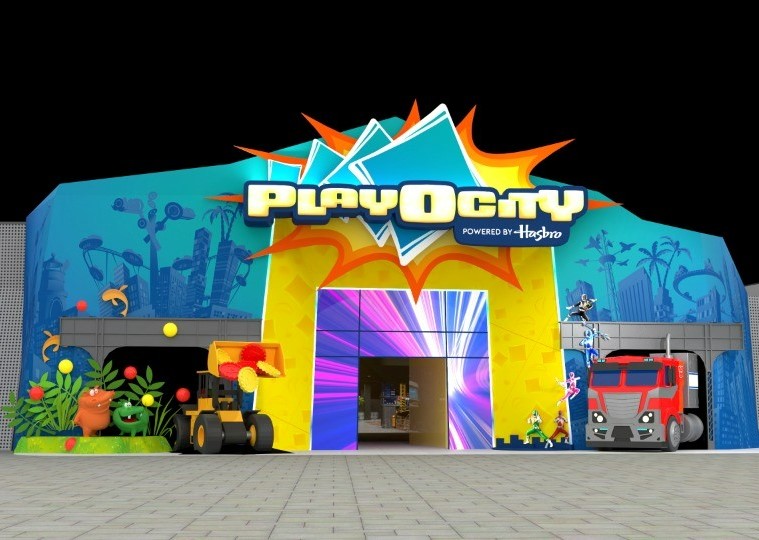 Saudi Arabia hospitality giant Al Hokair Group for Tourism and Development is bolstering the Kingdom’s entertainment and leisure industry after entering a licensed agreement with Hasbro. The agreement will bring Playocity, a first-of-its-kind entertainment centre to the Kingdom of Saudi Arabia and capitalise on the fandom surrounding Hasbro’s beloved brands and experiences.

The first two Playocity sites will open soon, encompassing 6,000 sq ft across both sites and Al Hokair Group plans to launch additional sites across the Kingdom in the near future.

Playocity will give people and families of all ages the opportunity to immerse themselves in the worlds of Hasbro brands including Power Rangers, Transformers, My Little Pony, Potato Head, Monopoly, Nerf and Connect4 among others. As part of its Blueprint 2.0 strategy, Hasbro is looking to bring its brands to life in new omnichannel ways.

Matt Proulx, vice president of Location Based Entertainment at Hasbro, said: “Hasbro is known for delivering compelling branded entertainment experiences to fans and families around the world, and we’re excited to work with the Al Hokair Group to bring just that with Playocity. The new attraction will allow visitors to immerse themselves in fun and interactive activities based on fan-favourite Hasbro brands and characters. Anyone who visits Playocity will have a one-of-a-kind experience and leave with memories that will last a lifetime.”

Mr Mohamed Attia, Al Hokair Group’s general manager of Entertainment, commented: “The collaboration between Al Hokair Group and Hasbro is part of the Group’s strategy to develop new and unique entertainment concepts and experiences in the region and feeds into Saudi Arabia’s bigger tourism plans. The launch of Playocity will not only drive tourism within and to the Kingdom but will give children and families an incredible experience to live in the worlds of their favourite Hasbro characters that they cannot find anywhere else.”

Playocity is an indoor experience where guests can explore Hasbro characters throughout seven main zones and enjoy experiences that include mechanical rides, roller coasters, a drop zone, carousels, soft play and laser tag.

The seven zones in Playocity have been inspired and built around some of Hasbro’s powerhouse brands and characters including: