Opinion: “COVID-19 isn’t the culprit, the truth is: we are” – Russell Dever

The virus is redefining us as a nation. I am seeing kindness and caring on a scale that I have never witnessed and that is heartening. But let’s not forget that past this crisis there is still a much, much, bigger one playing out and yes, we are just as much in that together as we are now. 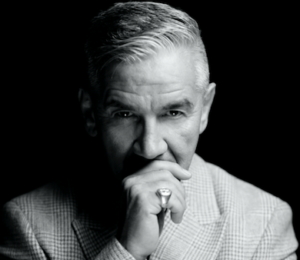 Sitting in my study looking out over a timeless landscape that has not changed much since there was a Roman Villa on the rise of the hill opposite, you could be forgiven for thinking that everything is alright with the world. Just three miles away from where I am writing is reputedly the smallest church in Yorkshire. It was the Parish church of the village of Led, a medieval village that disappeared off the face of the earth at the time of the great plague. I think you know where this is going….

The Great Plague was the last major epidemic of bubonic plague to occur in England between the years 1665 to 1666. It originated in China.

Between January 1918 and December 1920 we suffered another pandemic the H1N1 Virus we called the Spanish Flu. A misnomer as it also originated in China.

I am not picking on China, but it is not a coincidence that the current pandemic of COVID-19 also originates there. The speculation being that traditional live markets bring humans into very close contact with animals in such a way that viral infections like Bubonic Plague and Corona Viruses such as Spanish Flu, Bird Flu, SARS and the rest effectively ‘jump,’ from the animal kingdom into the human world.

This time, this particular epidemic has brought the developed world to a screeching halt and in a way that has reminded me of what happened to the village of Led in the mid 17th Century. We have seen that the virus brings with it economic collapse, devastating the foundations of society, the isolation of millions across the globe and for some poor individuals an unpleasant death.

Looking at the ‘fall-out’ from the Virus it is not likely that we will recover quickly. Some companies, some industries may not even recover at all, or if they do, it will be a very long and difficult journey. I doubt that this generation of humanity is going to forget the pandemic as the way we interact socially, economically, politically, and as sovereign states will never quite be the same again.

Good. Yes, I do mean that! Because the word that Coronavirus has suddenly displaced from our worldwide newsfeed and collective psyche is ‘sustainability.’

Just a month ago, the associated industries within Licensing, Toy, Games, Apparel, Media, and Entertainment were buzzing around that word. What it meant to develop sustainability. Now it’s all about the Virus and in the short term so it should be. But in the long term, what we are learning from the Virus is just what the worldwide landscape could look like if we do not get a grip and take control of the planet right now. Virus or otherwise. Because what COVID-19 is presciently showing us is just what our world could look like if we don’t.

You won’t have to worry about shortages of toilet paper because in the extreme, society will have broken down and collapsed to the point where there won’t be a sewerage system. There simply won’t be enough people to run what we have come to regard as normal civilised society.

That is because the entire infrastructure of the planet is already right on the very brink of collapse and COVID-19 is giving you a taste of what that world looks like and its terrifying.

This time will pass. The flu Virus will mutate as it has done in previous decades, scientists will find a suitable vaccine, it will be defeated. But when we all come out of forced hibernation, will we remember just how devastated we felt? Will we recall that it was symptomatic of our failing ecosystem, that in just a few short years we are facing a threat to our world that cannot be reversed as we will have already passed the tipping point? (As many scientists now believe has already happened in the Amazon Delta. Take some time to read about the Aral Sea, that’s where we are headed…)

So, lets in a very strange way be glad of circumstances that give us the opportunity to experience what life and death could be like in circumstances where we ignore all the warning signs. Yes, we are living in unprecedented times. But this is nothing but a walk in the park compared to what is to come if we do not push COVID-19 to one side and replace it with that word ‘sustainability’ once more.

We have a very tiny window in which we can turn the clock back and bring urgent recovery to the natural world. If our Government can, in a few short days, effectively nationalise the UK payroll it only goes to show what we can do if we set our minds to the urgent task of ensuring that we do not end up like the village of Led. A few almost forgotten marks in abandoned fields with a sad monument to what was once a thriving community of living souls.

The virus is redefining us as a nation. I am seeing kindness and caring on a scale that I have never witnessed and that is heartening. But let’s not forget that passed this crisis there is still a much, much, bigger one playing out and yes, we are just as much in that together as we are now.

Let’s put the word ‘sustainable’ back where it belongs. Right at the very top of our respective agendas. You saved lives and protected the NHS by staying home and staying safe. What more could you do as an individual? more so, what more can we do as an industry to save lives and protect the fragile world in which we live?

Russell Dever is the Managing Director of Those Licensing People, a proponent for sustainable growth and change within the global licensing community.