An incredible £18,500 was raised for charity from the auction of two Top Gun Maverick inspired aviator jackets, it has been announced. 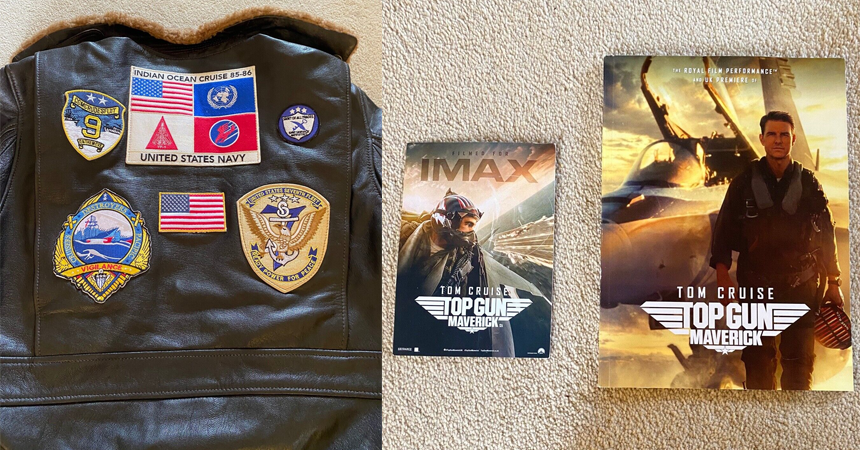 Two leading figures from within the toy and licensing communities hoped the auction of the movie memorabilia would raise money for industry charity The Light Fund to help it achieve its £250k English Channel Relay Swim Race 2022 fundraising goal.

Mark Kingston and Wow Stuff’s Richard North not only surpassed the £5,000 target but managed to get a second Maverick Avirex Leather flight jacket (retail price €1,200) and protective jacket cover to auction along with an original programme and ticket from the London Royal Premiere for Top Gun Maverick which took place on 19th May 2022.

The successful bidders were Alan Fenwick, Stephen Suckling, Will Stewart and Richard Derr.

Simon Leslie, VP, Licensing, Southern Europe, Middle East, Turkey & Africa for Paramount, licensor for the Top Gun franchise, said: “Firstly, I should thank Mr Cionti from Avirex for donating these jackets, knowing that the proceeds of the sale would go to the RNLI and Light Fund Channel Swim 22 charities.

“Thank you too to my team Simone Fenu and Mattia Vandelli for facilitating these jackets, to Mark Kingston for pressing for a second one, and Richard North for his usual campaigning. We say it all the time…our industry is made up of people, GREAT people who will always find time and energy to put something back into the community.”

100% of the sale proceeds from the auction went to the charity.

The Light Fund raises monies to fund worthwhile charity projects that help children and adults. Since its inception back in 2004, The Light Fund has raised over £1.7m and funded hundreds of different charity projects. This year, the charity’s major fundraising event was a cross-channel swim which took place in June by two teams, one of which included Mark Kingston. However, The Light Fund’s fundraising target remained just shy of its £250k goal – something Mark and Richard hope can be rectified by auctioning this special jacket and premiere goodies.

Top Gun: Maverick is the biggest grossing movie of 2022, taking $1.4b at the box office and surpassing Avengers Infinity War and Titanic to become the sixth biggest movie of all time in the US. The replica Maverick jacket being auctioned is made by Avirex, the official supplier to the US Armed forces, which became famous thanks to the original Top Gun movie. Made in goatskin leather in a very dark brown, the jacket sports 17 patches, a sheepskin collar, wool waistband and cuffs, a nickel plated front zipper, two patched pockets with button flaps, a bi-swing plated back, armpit gusset, side seams, and a rayon satin lining. More details about the Top Gun jacket can be found here.

Readers wishing to make a donation for The Light Fund’s English Channel Relay Swim Race 2022 efforts can do so via Just Giving here.