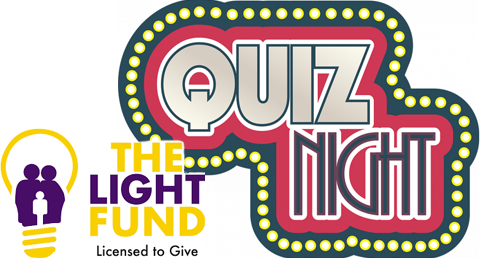 The Light Fund, a charity that raises money to help fund worthwhile charity projects that help children and adults, has announced that tickets for its hugely popular Southern Quiz are now available.

Since its inception back in 2004, The Light Fund has raised over £1.7m and funded hundreds of different charity projects. The quiz is one of a number of events the charity holds each year: this year, the charity’s major fundraising event was a cross-channel swim which took place in June. The total raised by the two teams of intrepid swimmers was boosted by the sale of a highly collectible Top Gun jacket bundle auctioned by Mark Kingston and Wow Stuff’s Richard North.

The quiz will raise even more much-needed money for the Light Fund’s chosen charities. Tickets, which include food, are £65 per person. Quiz teams should be between 4-8 people. The teams will be battling it out to either take home the ‘priceless’ (Perspex) winners’ trophy or return home the worst performing team, wearing the ‘pants of doom’.

Trevor Jones, chairman of the Light Fund Committee, told Toy World: “We are delighted to be holding our annual Southern Light Fund Quiz at Lord’s Cricket Ground on the 13th October. It is a great opportunity for networking within the brand and licensing community and to meet new contacts.”

On the night, attendees are advised that the bar opens at 6pm, with the quiz itself kicking off at 7pm. The quiz will wrap up at around 10.30pm though the bar will remain open until 12.30am for drinks and networking with friends and colleagues.