The 114-page October issue is packed with news and product launches, including a special feature on Character Licensed Merchandise. 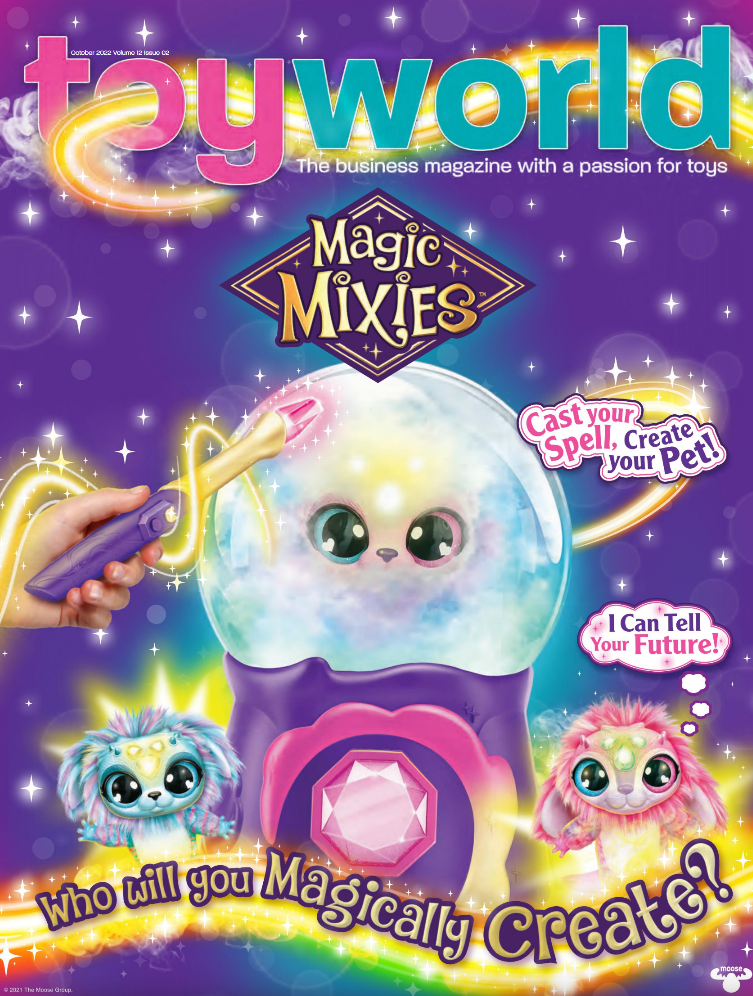 As we move into the all-important last quarter of the year, Toy World brings you all the latest industry insight and takes a look at what is bound to be a busy build up to Christmas.

This issue includes a wide-ranging feature on Character Licensed Merchandise. An ever popular category, the release of so many blockbuster movies this summer has given licensed toys, games and kids’ products a real boost.

There’s also a round-up of this year’s Brand Licensing Exhibition, which was hailed a huge success when it returned in September to ExCel London. Included in the report is a fascinating Q&A with Mattel president and COO Richard Dickson, who delivered the keynote address at this year’s event.

After his standing-room-only talk, in which he spoke about Barbie’s rise to fame, her 2014 fall from grace and her climb back up to become the world’s No.1 Global Toy Property, Richard sat down with Toy World’s John Baulch and Rachael Simpson-Jones, as well as Josh Silverman, Mattel’s global head of Consumer Products and chief franchise officer, to discuss the upcoming Barbie Movie and the company’s lofty goals for brand growth.

There’s also a special Pre-Christmas Advertising feature which covers some of this year’s potential big sellers and details what suppliers are doing to optimise their marketing.

In our regular Talking Shop feature, Sam Giltrow and Suzie Sparkes chat to several independent retailers, many of whom have had their best summers ever, and are now looking forward to a great festive season despite the economic challenges the country is currently facing.

Toy World’s John Baulch and Rachael Simpson-Jones recently visited Magicbox Toys’ new UK office to catch up with UK managing director, Nicola Bergot, who is now a year into the job. She chats about upcoming product launches and discusses the company’s future plans.

Rachael also speaks to Sara Taylor, the new managing director, UK & Ireland for MGA Entertainment, about her new role and how she’s tackling the challenges facing the company. She also stresses the importance of people and her approach to office culture.

Two toy retailers – Dave Middleton, of Midco Toys in the UK, and Rick Derr, of Learning Express in the US – tell Toy World about the friendship they have struck up across the pond, and how it is helping them to share information and learn from each other’s experiences.

There’s also our usual insight from NPD Group. In this month’s issue, Melissa Symonds examines current sales trends and looks ahead to how these are likely to develop for the rest of 2022.

The October issue of Toy World is also crammed with all our regular features, including Fresh, Allegedly, and more.

To read the October 2022 issue of Toy World, click here.