The Wizarding World of Harry Potter has been weaving its magic on the ecommerce platform Spread Group, helping drive UK licensing sales to a 70 per cent leap since the group extended its partnership with Warner Bros in December last year.

Increased demand for items – in particular the women’s hoodies range – themed around the Harry Potter franchise has fuelled a sales surge across the platform, with UK consumers ‘snapping up’ Hogwarts themed apparel. At the same time, another of Warner Bros’ leading franchises, Friends, has been subject to similar demand.

Annina Vettermann, licensing success manager at Spread Group, said: “We have been very surprised and pleased by the huge demand for women’s hoodies for both of these Warner Bros. brands. We think this is a gap in the market and fans have been happy to find merch they want to wear at Spread Group.”

Spread Group’s bestselling Harry Potter design is a gold Hogwarts coat of arms. This is closely followed by individual House hoodies. The most popular is Harry’s own Gryffindor (accounting for 40 per cent of sales). Hufflepuff and Ravenclaw are vying for second place (22 per cent and 21 per cent respectively) and those ambitious Slytherins are not far behind either, on 17 per cent.

Meanwhile, the revival of 90s TV hit Friends has seen a rise in demand for its classic brand and images of the Central Perk gang. At Spread Group, sales of tote bags, hoodies and t-shirts have risen for both men and women.

Vettermann added: “2020 has been a difficult year for everyone, but we were delighted to see UK consumers being creative and taking advantage of these newly licensed designs. The strategic partnership has created exceptional results for the Spread Group and Warner Bros. partnership.”

The Spread Group side of the partnership covers design, marketing and production, a presence on the Spreadshirt marketplace, Amazon and eBay. This licensing deal made Warner Bros. one of Spread Group’s largest partners. Its consumers can now access over 1,500 Warner designs on the Spreadshirt marketplaces in the UK, USA, Canada and Australia as well as over 1,000 item positions on Amazon.com.

Spread Group – the firm formerly known as Spreadshirt – has expanded its partnership with Warner Bros to bring 14 of its brands including Harry Potter, Batman, and Friends, to new target markets in the UK, US, Canada, and Australia.

The latest development is an extension of a European partnership that has existed between Spread Group and Warner Bros since 2012. Over the past eight years, Spread Group has developed more than 1,700 designs with popular Warner Bros. heroes and symbols across Germany, the Netherlands, France, Sweden, Denmark, and Finland.

The Warner Bros. brands are among some of the best-sellers on these European Spreadshirt marketplaces.

“We are excited about the opportunity to use our know-how to launch into new markets and to strategically develop our partnership with Warner Bros. In doing so, we will cover design, marketing and production, to the web presence on our Spreadshirt marketplace, as well as on Amazon and eBay – according to our 360-degree approach,” said Ann-Katrin Hager, head of licensing Europe of Spread Group.

The licensing deal will make Warner Bros. will one of Spread Group’s largest partners. It will offer over 1,000 Warner designs on the Spreadshirt marketplaces in the UK, USA, Canada and Australia as well as 1,500 item positions on Amazon.com.

He’s not quite the artist formerly known as Prince, just yet but when Harry and Meghan first made clear their intentions to step away from their Royal Duties, it was quickly reported on soon after that the pair had registered their SussexRoyal trademark.

Since then, the licensing industry has been awash with speculation over what, indeed if any, plans were soon to be revealed for the celebrity pair’s entry into licensing, who would take on the task of representing it, and would this increase the chances of bumping into Prince Harry in Las Vegas this year…

Answers are still to be sought. However, the musings have certainly stirred up plenty by way of industry opinion. Here, Spreadshirt CEO, Philip Rooke voices his own take on SussexRoyal and what Harry, Meghan, and their potential merchandising plans will have to consider in order to be successful. 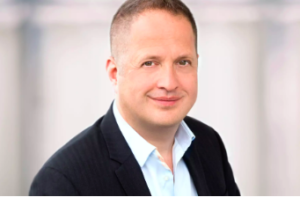 Are Harry and Meghan going in to merchandising? They have certainly taken the first steps to register their SussexRoyal trademark. Their combined royalty and celebrity will generate a lot of interest, but what do they need to consider to get it right?

As we know, behind every successful merch campaign sits a brilliant brand. SussexRoyal could help to make Harry and Meghan financially independent, but they’ll have to do some serious work on what the brand truly is. They’ll need to think about what they have to say, finding their space (between vanity-wear and Harry’s father’s Duchy brands), and sustainability.

As Europe’s biggest merch firm, we have three top tips for the SussexRoyals.

Trademarking your logo and being popular doesn’t automatically drive sales. @Arii, an Instagram star with 2.6m followers, recently failed to sell 36 t-shirts. Successful social media influencers can be brands with a niche offering, not just a huge follower count.  Brands that understand their fans and offer them something specific and relevant are the most successful.  Our highest commission earners can generate as much as €½m to €1m a year, but this takes a relevant idea and hard work.

Have something relevant to say

If you want to merchandise your fame, like a band or a social media influencer, you have to have something to say. The SussexRoyals have already championed key causes and created an authentic message which resonates. Merch can be an incredible way promote a worthy cause. It connects the online and offline worlds, spreading the word about your cause in real life. Our small, but highly vocal, influencers sell because their merchandising is something the consumer wants to wear.

Know where you sit in the market

SussexRoyal will need to find its own space. Vanity-wear hoodies in the style of college or university sweatshirts will sell, but is unlikely to reflect their brand image. Are they really going down the route of monogrammed socks and Harry & Meghan t-shirts? They really need to find some merch and designs which reflect their personalities and positions.

Perhaps they can emulate the Duchy? At the other end of the brand scale, Harry’s father has already carved out a space in the organic food sector with his Duchy of Cornwall brands. SussexRoyal probably needs to avoid duplicating this, if only to preserve family relations!

Will they be mimicking Victoria Beckham? She opted for a high-fashion position over merch. This can be time-consuming though. Despite fame as a Spice Girl, VB took a decade to build her fashion brand and needed significant investment.

And one last thing…  Harry and Meghan are campaigners for sustainability, but merchandising has complex supply chains. It can be a challenge to deliver successful merch and they’ll need to be alive to the potential pitfalls. Harry and Meghan will need to consider the sustainability of the SussexRoyal brand; from the provenance of the cotton to the delivery vehicles and packaging of the merch. Production and delivery are the corner stones of successful merchandising.

A new life awaits Harry and Meghan in Canada. They have a world-recognised brand and something to say. Perhaps merch could merch be the making of them?