Even by the standards of a generation that grew up on the animated band, Gorillaz or witnessed the explosion of the BT21 brand (a lifestyle brand comprising characters devised by members of the K-Pop brand BTS), Hatsune Miku presents an interesting concept.

Officially, Hatsune Miku is a Vocaloid software voicebank that has been developed by Crypton Future Media that takes on the appearance of a 16 year old singer designed in the style of the Japanese anime art form. To the legions of fans of Hatsune Miku across Japan and increasingly, the Western World, she is a virtual pop sensation.

Utilising Yamaha Corporation’s Vocaloid 2, Vocaloid 3, and Vocaloid 4 singing synthesizing technologies, Hatsune Miku has performed at sell-out concerts onstage as an animated projection with a definitive look that has led to a large scale licensing operation across Japan. And the appeal is spreading. 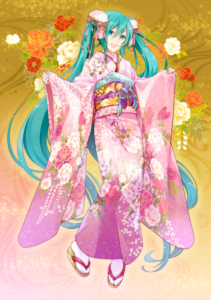 Most recently, this virtual pop-star was announced the first licensed partner for the Japanese restaurant Shoryu Ramen and its range of DIY Ramen Kits. The partnership marked the latest development for the brand’s move in on the UK market,and, while there is still some distance to go before its popularity hits the same notes as its Japanese reverence, the European licensing agency, Reemsborko is excited by the potential.

Here, Licensing.biz catches up with Max Arguile, director of Reemsborko to learn more about Hatsune Miku’s global licensing plans and understand the deep passion that the virtual pop star’s audience has for the brand.

Hello Max, thanks for chatting. So, Hatsune Miku is an interesting concept. A vocal software package that takes on the shape of an anime 16 year old pop star. It sounds like a hard sell, but we’ve seen the extensive list of licensing partners signed to the brand already. It’s clear this brand works. But what drives it? What is it about Hatsune Miku that caught the audience attention?

It is interesting, and with Hatsune Miku, the fans are involved from the very beginning via the creative aspect of the property. Hatsune Miku and five other characters originate from a voice software package that allows you to generate a song from scratch. Using that software, fans have created music and video contents featuring the characters, and published them on the internet for other fans to enjoy. There are more than half a million of these fan-created videos that can be viewed online.

The fans also make a lot of artwork of Miku and friends, which is also uploaded. The whole thing adds up to a vibrant online community of Miku fans that sometimes don’t even have the chance to meet up in real life, like when the Miku Expos happen.

And what are these Miku Expos, because they sound fun?

Miku Expos are live tours, the last of which was in early 2020 – five dates starting with Brixton Academy in London, then France, Germany, Holland, and Spain. I went to the London date and was blown away by the ardour of the fans, many of whom (men and women) were in cosplay, dressed as Miku or one of the other characters.

The next day, keen for a chance to congregate once more, hundreds of them came to an in-store event at Westfield Shepherds Bush in order to meet up and contribute to a collaborative art project.

OK, let’s explore that a bit more… what do these collaborative art projects look like?

Alongside every Miku Expo, wherever possible, Crypton will organise a meet-up in the same town as the concert. This is advertised in advance and they will have the tour merchandise and other Miku merchandise on sale at the venue for perhaps two weeks in advance of the concert, culminating in a collaborative art project.

The venues can be a local comic shop, but in our case it was a Japanese restaurant/supermarket. The venue gets increased traffic in the lead up to the gig (the merch often sells out and needs to be replenished by the day of the concert) and on the activity day there can be 100 to 200 people that arrive and take part in the project.

It used to be old school felt tip pens and paper but in this case it was mostly digital. On arriving at the front of the queue, the fans were invited to download an app to their phone or tablet – this revealed black and white artwork. The first 50 people got an exclusive Miku stylus to use when doing the colouring. Once they had finished, they uploaded the artwork to a site to be shared with other fans. The venue had a hugely increased footfall on Sunday morning in January and they sold a lot of product in general, the fans loved being able to make Miku artwork together and just hang out. 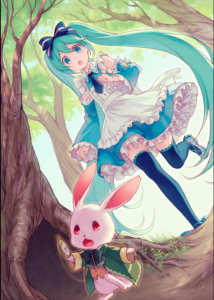 So, art projects and cosplay events to one side, for the moment, what do you think Hatsune Miku is bringing to the licensing space? Why does it translate well for European audiences, and how does the licensing approach differ between the Japanese and the European markets?

Hatsune Miku is essentially, a fun property based around creativity. It has the loo and feel of anime, which is one of the biggest trends in licensing right now. Miku’s appeal is international, so is perfect for licensees with that distribution but for me it means I can also now talk to licensees in other territories that may only need to service their local market.

In Japan, this is a brand that is licensed on a very large scale, but internationally it still has some distance to go before reaching the same level. Although buyers can still be resistant to change and wary of something unfamiliar, once in-store, it always works. The reactions we’ve had from licensees once their product goes into retail just exceeds all expectations. Trademark has told that the brand has become one of the top selling properties in HMV, and it has sustained that popularity.

Given the brand’s roots and creation, is Hatsune Miku a good representation of the surge in popularity of anime and manga across the European markets?

Yes and no. Unlike most animé, there is no narrative content behind the brand – in that sense it is closer to Hello Kitty than traditional animé, but there is no committee that meets once a week and might get to review your submissions (but might not) so the approval process on Miku is much slicker.

The team at Crypton are not just the best for approvals in animé, they are one of the best I have ever worked with in 25 years of licensing. In terms of markets, Ben Woodman from GB eye put it very well when he told me that “Miku is a key animé property, her popularity has grown across Europe in the last 12 months and despite the pandemic, we’ve seen our Miku sales increase year on year.”

With various streaming platform really ramping up their anime content over the past 12 months, it seems like the pandemic could have presented a real opportunity to tap directly into emerging audiences. What lasting effect do you think the past year will have in the popularity of manga/anime IP?

Licensing around tent-pole theatrical releases will come back, eventually,  but right now, while cinemas are closed, licensees could be forgiven for avoiding film licenses. Everyone stayed home in 2020 and 2021 will unfortunately see much of the same. People have been used to getting entertained at home and the big winners, I have been told umpteen times by licensees, are gaming and animé brands.

Investment in the production of original animé by Netflix is expanding, Amazon and HBO are continuing to secure classic animé properties, and Crunchyroll has just hit 4 million paid subscribers (their fastest growth to date because they only reached 3 million last year).

Beyond that, the purchase of Crunchyroll by Funimation will soon yield an animé powerhouse in the West. So yes, there is a lot of activity in the industry which will ensure not only that classic properties are more available but that new content continues to be created. It is a great time to be an animé fan. 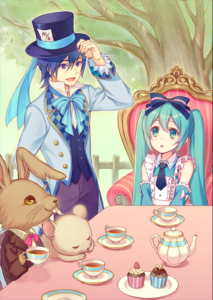 You’ve shown us a list of the licensing partners that Hatsune Miku is already signed up. There are 18 of them, signed in just the past year, including AR badges and pop-up restaurants. It was only a year ago that you had just two deals. That’s some impressive licensing there, Max. How will you continue to innovate and push the envelope in the licensing of the brand?

I have lots of plans in place to keep the Hatsune Miku brand innovative in the licensing space. The adult colouring book from Anthem fits very nicely from a creative perspective, and the WristWorld mobile game (a company run by teenagers in Oklahoma) is also notable. I also love the limited edition screen-prints from Under The Floorboards and the Rubber Road range – the Christmas decoration is sold out and the rubber duck is in progress. If we can do that and it be commercial, then surely the sky is the limit?

What are your expectations for the brand this year and beyond? Will anime/manga continue to grow in popularity across Europe, and what does the future hold for Hatsune Miku?

The expectations are that yes, anime/manga will continue to grow across Europe. For Miku, there should be return to live touring next year but since performing in front of fans is not possible right now (not even for virtual pop stars), Crypton is putting on a free online gig this summer.

Launched on Kickstarter, the target of $240K was reached in 24 hours – the fans sure love Miku. Check out the Kickstarter campaign here.