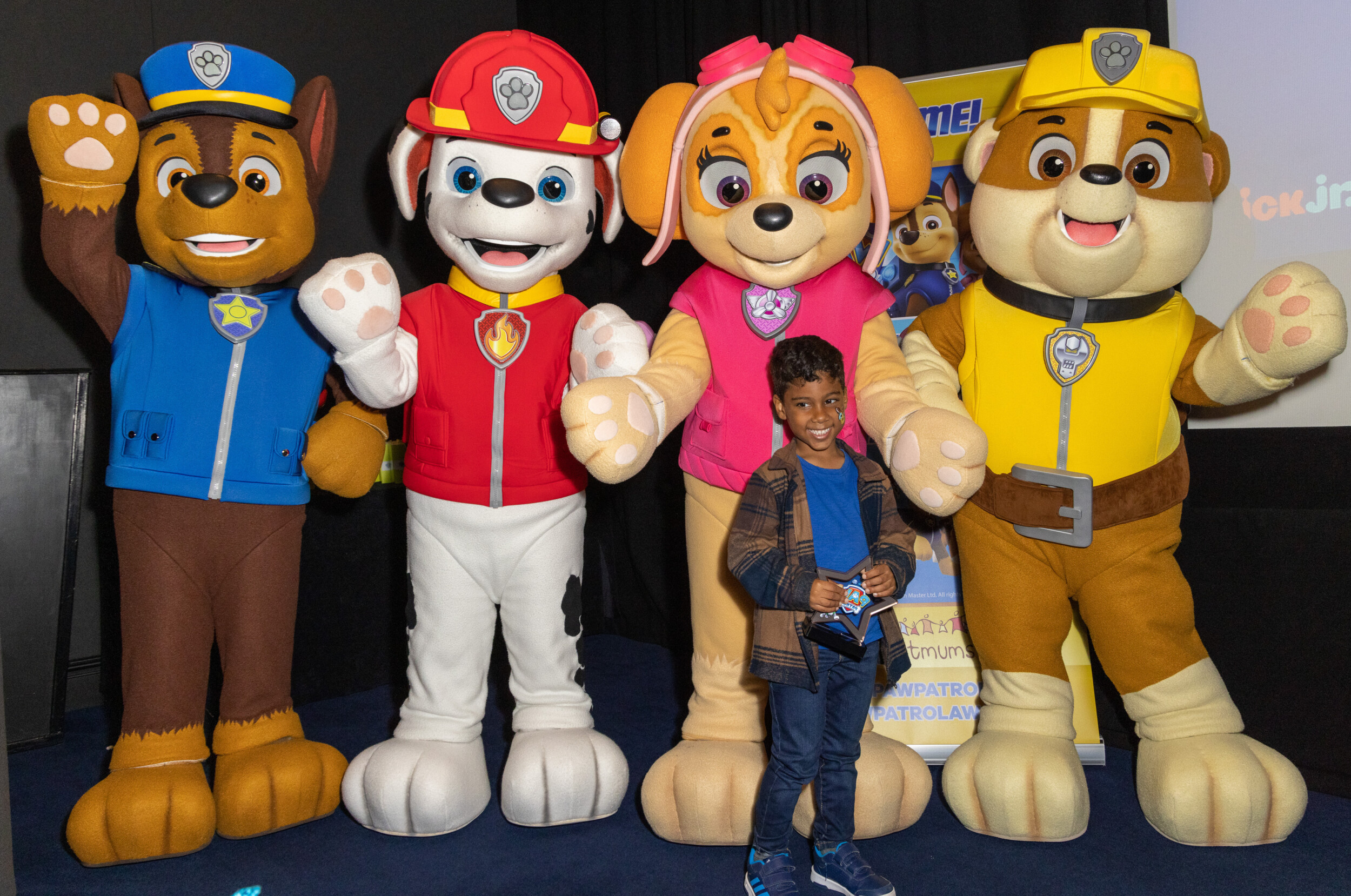 The Rocky Award for Caring for Our Planet was won by Zakariya. Photographer credit: Phil Lewis

Paramount Consumer Products & Experiences UK showcased its annual Paw Patrol Awards presented by celebrity mum of three, Vogue Williams, at London’s Soho Hotel on Saturday 8th October. Six of the UK’s bravest young heroes were honoured with trophies at the ceremony where Vogue and her son Theo were joined by celebrity families including Lauren Goodger, Imogen Thomas, Joe Garratt, Shelby Trible, Amy Willerton plus some of the UK’s most popular parenting influencers.

Hosted by Paramount Consumer Products & Experiences UK in partnership with Spin Master, the Paw Patrol Awards celebrate children around the UK who have overcome personal challenges and demonstrated outstanding bravery or citizenship. Six overall winners were selected in each category by parenting media partner Netmums with categories based upon the key Paw Patrol character attributes.

Venetia Davie, vice president UK, Ireland, Israel & ANZ, Paramount Consumer Products and Experiences commented: “The annual Paw Patrol Awards symbolise the brand values of bravery and adventure that we all know and love from the show. As we set the wheels in motion for the 10th anniversary of Paw Patrol, which will be celebrated throughout 2023, we’re delighted to pay tribute to these special little heroes and to give them the recognition which they so deserve.”

The Rubble Award for Courage was won by 5-year-old Hari from Newham, London, who has shown tremendous courage in the face of the diagnosis and treatment of Acute Lymphoblastic Leukaemia. Hari has endured gruelling treatment for the last 18 months, during which he lost the ability to walk. Through sheer determination he remarkably got back on his legs and is now a keen cyclist reaching the top of high hills.

The Skye Award for Kindness was won by 4-year-old Esme from Pembrokeshire, Wales, who has gone above and beyond to put others first. Esme lives with a condition called Neurofibromatosis Type 1 and has decided to help people with similar conditions by fundraising over the last few years for Nervetumours UK via sponsored slides, pop up shops, raffles and even donations of her own items.

The Ryder Award for Sporting Achievement was won by 4-year-old Milo from Northern Ireland, who has bravely overcome the physical restrictions of his Hypotonic Cerebral Palsy to win a running race at his nursery’s sports day. Milo’s condition leaves him needing a wheelchair for longer distances, but after all his treatment was cancelled during Covid, Milo’s family took it upon themselves to create their own physiotherapy obstacle courses at home. Milo bravely persevered and over time he learnt to stand, then to walk and then to run.

The Chase Award for Leadership was won by 9-year-old Sennen from West Sussex, who has been raising money for brain tumour charities and helping to build awareness around brain tumours since her dad was diagnosed in 2018. At the age of five she organised a 32-person 2k fun run, raising over £5,000, and more recently has introduced an annual “wear a hat day” at her school to raise further funds and awareness. 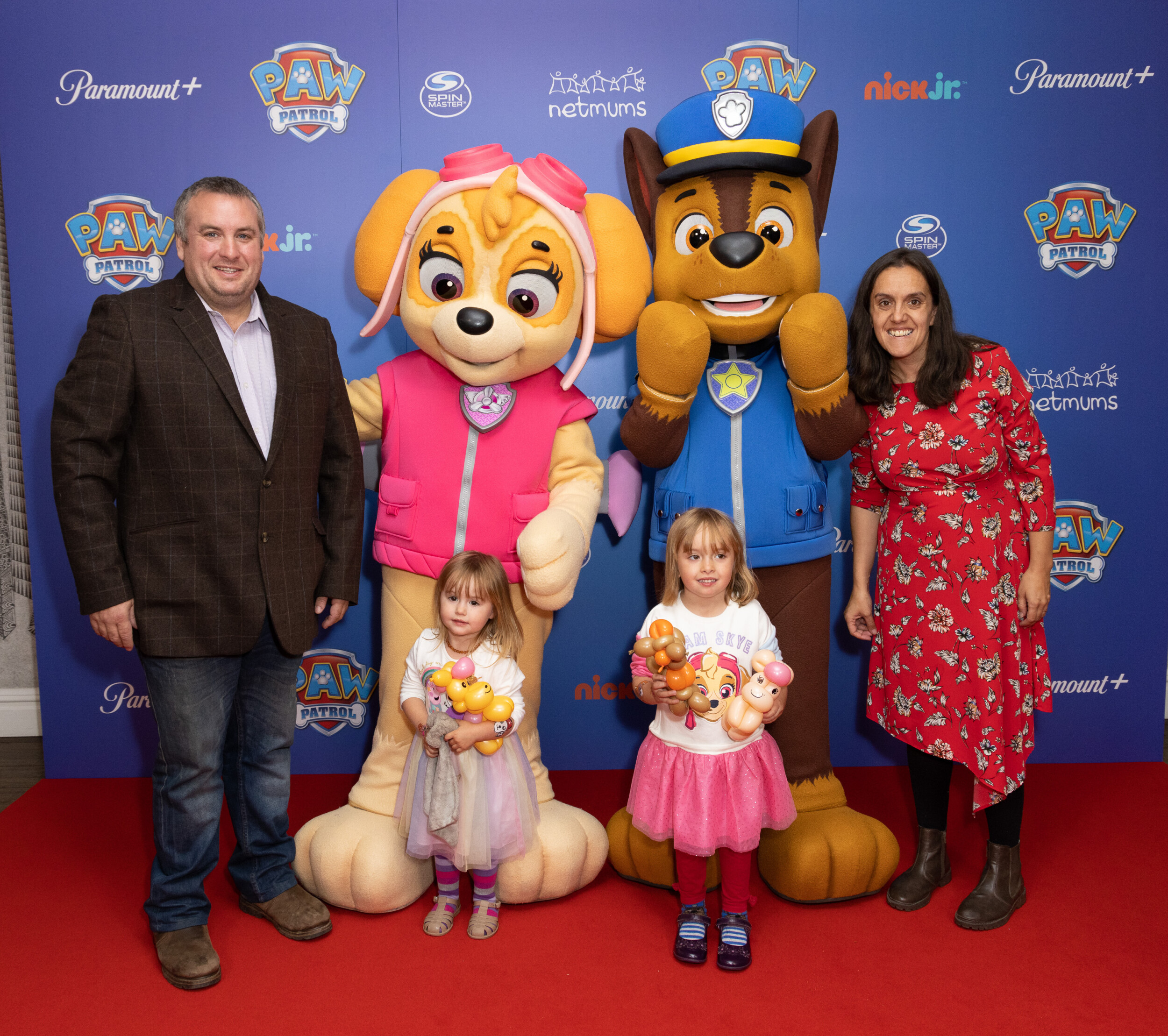 The Skye Award for Kindness was won by Esme. Photographer credit: Phil Lewis

The Rocky Award for Caring for Our Planet was won by 5-year-old Zakariya from Nottingham, who is a young sustainability hero. He looks after our earth every day by helping to litter pick in his local community and reducing single-use plastic and often uses left over items such as cardboard boxes to make new toys.

The Marshall Award for Community Hero was won by 5-year-old Amyra from Newcastle. After taking part with her mother in charity runs for several years, Amyra has been inspired to continue fundraising and take on the runs on her own two feet. This year, Amyra ran for Children’s Cancer north and has set her sights on further runs to help those who are unwell or less fortunate than herself.

The Paw Patrol Awards is part of Paramount’s year-long ‘Calling All Heroes’ brand marketing initiative celebrating heroism. A schedule of activities this autumn will anchor new Spinmaster product launches in the UK and lay the foundation for a busy year ahead in 2023 as the brand celebrates its 10th anniversary.