The release of the second series of Cry Babies Magic Tears onto the streaming giant means fans can now enjoy more than 400 minutes of content. 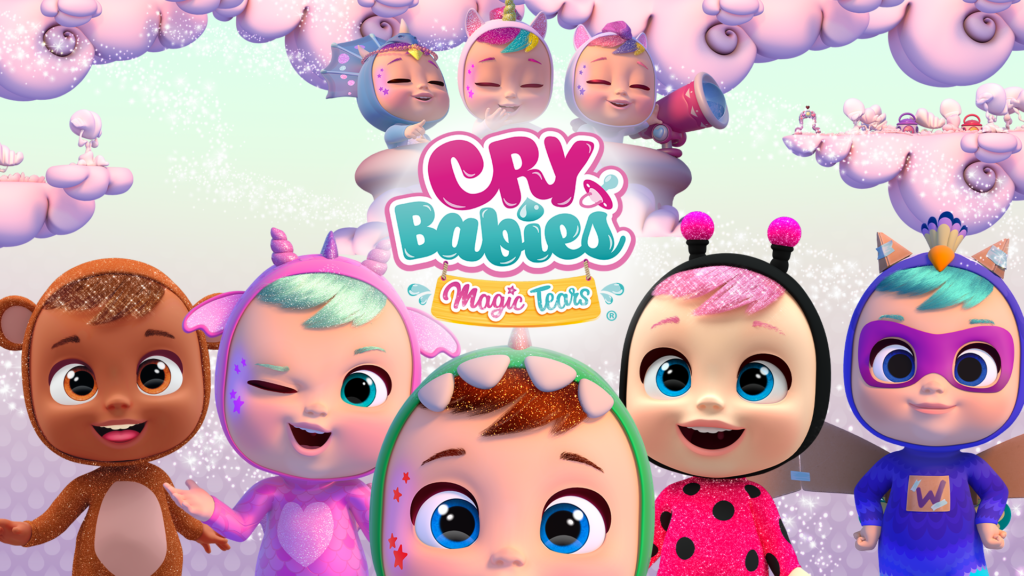 IMC Toys has announced that following the huge success of the first season, which racked up more than 29m viewing hours in just 28 days, and entered the Top 10 in a number of countries including Mexico and Greece, Cry Babies Magic Tears has released its second season onto Netflix.

Cry Babies Magic Tears are little babies with big personalities. They live in an imaginative world where tears are magical and carry special powers that are used to overcome challenging situations. The series, which is designed for children aged three to six, uses each episode to instil positive values in an interesting and engaging way through content.

Cry Babies Magic Tears content has also been available on Nickelodeon for the past 12 months following an exclusive partnership deal which has seen the creation of commercial short form episodes, linear content, and a digital hub on Nick Jr. A fourth series is currently on air, showcasing the new autumn/winter Cry Babies Magic Tears Storyland range. Cry Babies has amassed over 20m views (children 4-15) on Nick and Nick Jr since the start of September 2020, equating to almost half a million views every week.

IMC Toys also has deals with global television and streaming entities including Gulli (France), Disney (Spain), Frisbee (Italy), Togo (Germany), Telekids (Holland), RTL (Croatia) and Televisa (Mexico). All serve the goal of bringing fans into the world of Cry Babies and making the brand an international powerhouse for both children’s entertainment and toys.

For more information on Cry Babies and other ranges by IMC Toys, contact info.uk@imctoys.com.