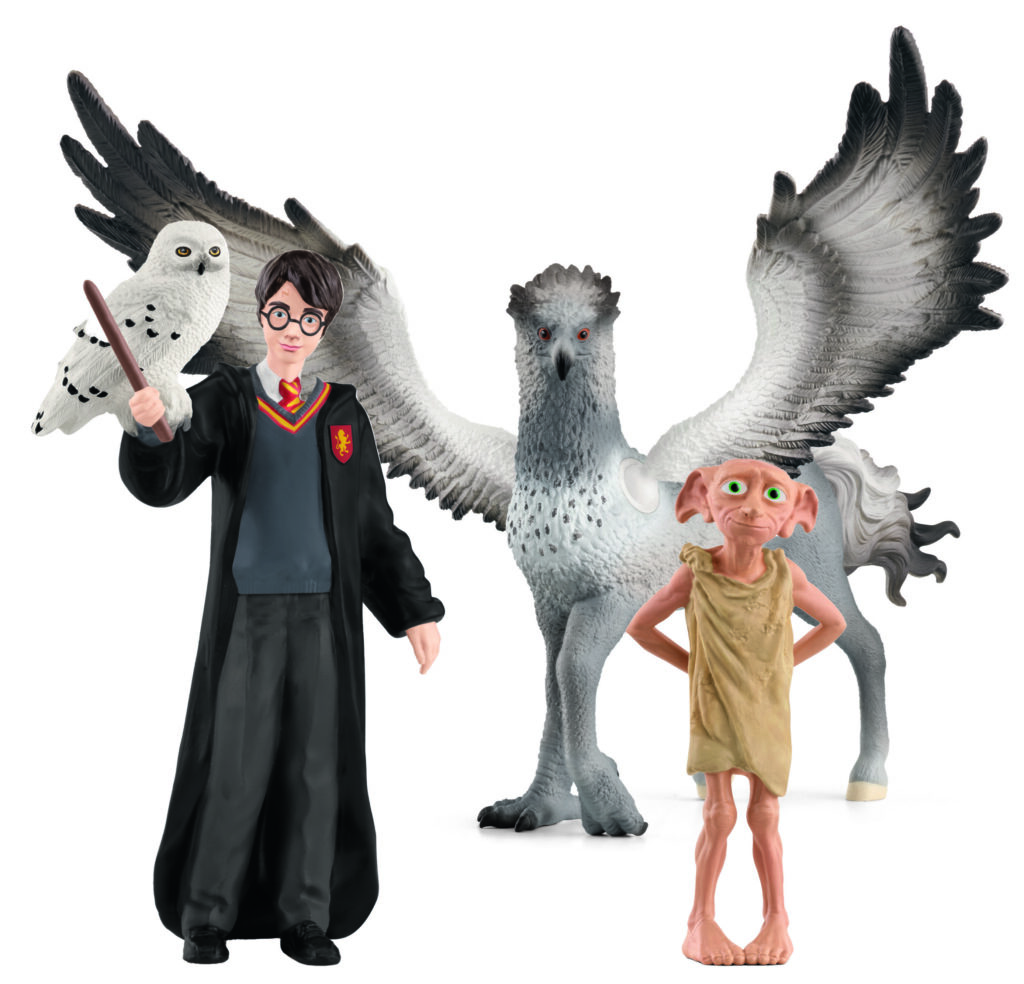 Capturing the enchantment and wonders of the Wizarding World, Schleich‘s new collection will launch in September 2023 with six of the series’ main characters and their animal companions: Harry and Hedwig; Ron and Scabbers; Hermione and Crookshanks; Hagrid and Fang; Luna Lovegood and a Baby Thestral; and Albus Dumbledore and Fawkes.

Schleich says it attaches great importance to the authenticity and details of the magical animals and creatures. With the launch of Wizarding World, Schleich is strengthening its position in the company’s native German market while boosting brand visibility in its international focus markets, especially the United Kingdom, France and the United States. The magical Wizarding World collection complements the company’s existing product portfolio while expanding its target audience.

“The Schleich brand is known for authenticity, attention to detail and quality all over the world, and Wizarding World will uphold these properties,” says Dirk Engehausen, CEO of Schleich GmbH. “Whenever children play with our characters, they immediately enter their very own universe where there are no rules and no boundaries. What embodies that idea better than Wizarding World, where so much is possible?”

Kristina von Troschke, chief marketing officer of Schleich GmbH, added: “Harry Potter is extremely popular in our important international markets, such as the United Kingdom, France and the United States. The new product range will have a positive impact on the brand visibility of Schleich in those regions.”

The range is primarily designed for children aged between 9-12, and will strengthen the awareness of Schleich among older children. Wizarding World will also appeal to teenagers, adult collectors and Harry Potter fans.

Additional characters and sets will launch at retail in 2024 and 2025, allowing Harry Potter fans old and young to re-enact the films in even greater detail and come up with their own magical stories.