The collaboration will include a Pretty Green x Subbuteo game and figurine and a range of co-branded clothing. 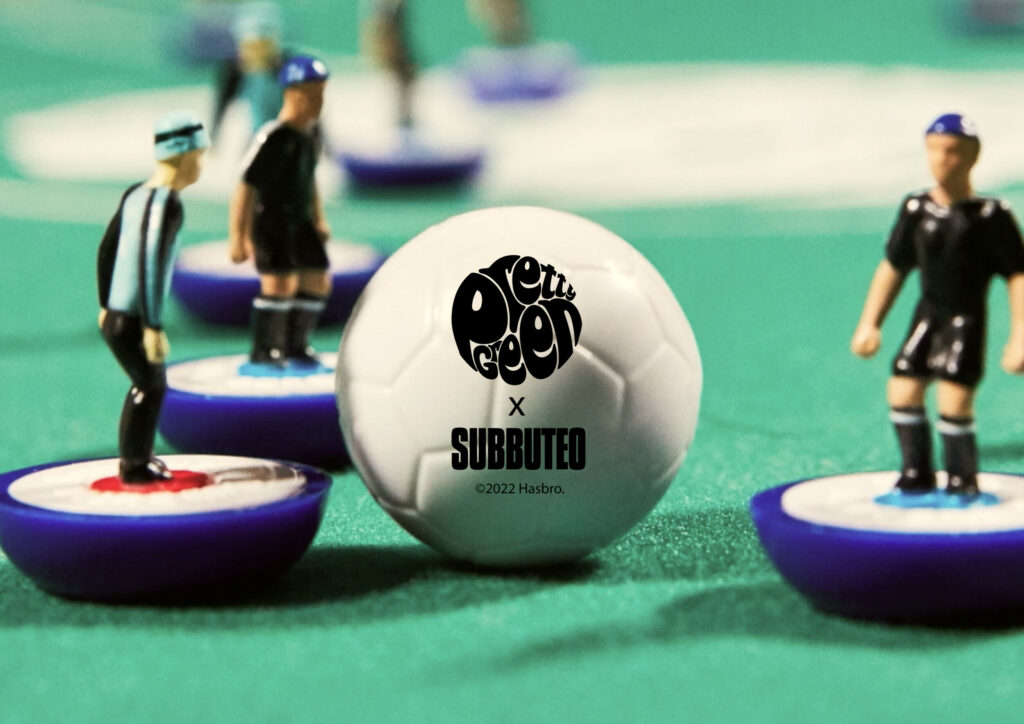 The collaboration from Pretty Green and Hasbro’s Subbuteo will include a limited edition game and figurine, and a range of co-branded clothing comprised of a track-top, bucket hat, key ring and four different t-shirts. The collection will launch in the UK and be available online in the US.

A true British icon, the original tabletop ‘Flick to Kick’ game Subbuteo first appeared in Boy’s Own Magazine in 1946 before going on sale the following year. The original version featured cardboard players weighted down by buttons and lead washers with only two strips, red or blue, and without the green-felt pitch the game would later become synonymous with. Instead the game came with a solitary piece of chalk and instructions on how to mark a pitch out on an old blanket.

Decades following its humble origins, Subbuteo has gone on to capture the imagination of generations of football lovers, even immortalised in songs by the Undertones and Half Man Half Biscuit. The brand celebrated its momentous 75th anniversary this year with a commemorative set, new launches and a major marketing campaign.

The popularity of Subbuteo has also extended into football itself with managers like Bill Shankly, Tommy Docherty and Alex Ferguson using Subbuteo as a way to explain tactics to their teams. There have been over 700 different strips made over the years and during the 1980s Subbuteo was selling over seven million sets a year.

Made in limited numbers and destined to become collectors’ items, the Pretty Green x Subbuteo collection provides the perfect opportunity for well dressed fans and, along with a special edition board game, will arrive ahead of the World Cup in early November.