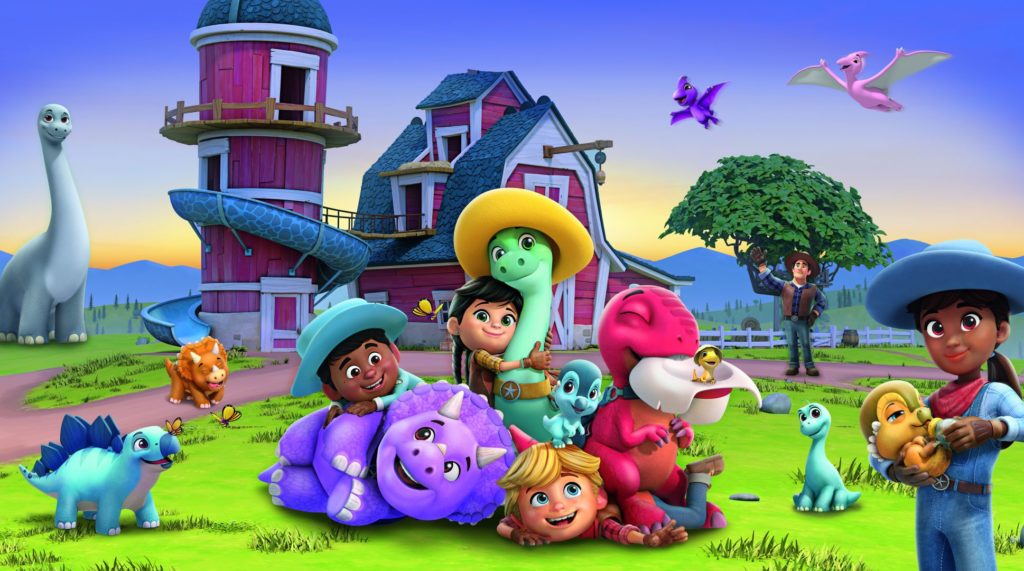 “’We’re thrilled to be producing a third season of Dino Ranch, a series that has won over kids and parents around the world with its unique blend of accessible storytelling and premium animation,” said Ivan Schneeberg, co-executive chairmen, Boat Rocker Media.

Season three of Dino Ranch follows the success of the show since its launch. Season two launched this summer – bigger, brighter and packed with even more fun, including the first tentpole 22-minute special Dino-Soar which introduced flying dinos to the team. The third season will continue to expand the Dino Ranch universe with thrilling new adventures, including a second 22-minute tentpole special that will introduce an exciting new location, vehicles, gadgets and even more adorable dinosaur friends to continue to deepen pre-schoolers love of the show and expand the franchise.

Young Dino Ranch fans worldwide have taken the tight-knit Cassidy Family and their delightful dinosaur companions to their hearts. The show follows the action-packed adventures of adopted siblings Jon, Min and Miguel, and their Ma and Pa on the ranch and beyond, as they go about their tasks of raising their dinosaur livestock. Full of fast-riding, high-flying fun, the episodes highlight the value of hard work, teamwork and commitment in stories that tackle the challenges of growing up.

Jon Rutherford, president, Boat Rocker Studios, Kids & Family and Rights, added: “We’re excited to continue our strong partnership with Disney for season three of Dino Ranch. The series is a key piece of franchise IP for Boat Rocker and we look forward to its continued global expansion across content sales, consumer products, live events and digital.”

Complemented by a range of additional categories, with further roll-out planned for 2023, Boat Rocker is working with more than 50 licensed partners and nine licensing agents worldwide.