In addition to the linear series, an all-new digital original series, Monster High Mysteries, made its debut on the official Monster High YouTube channel on 18th November. 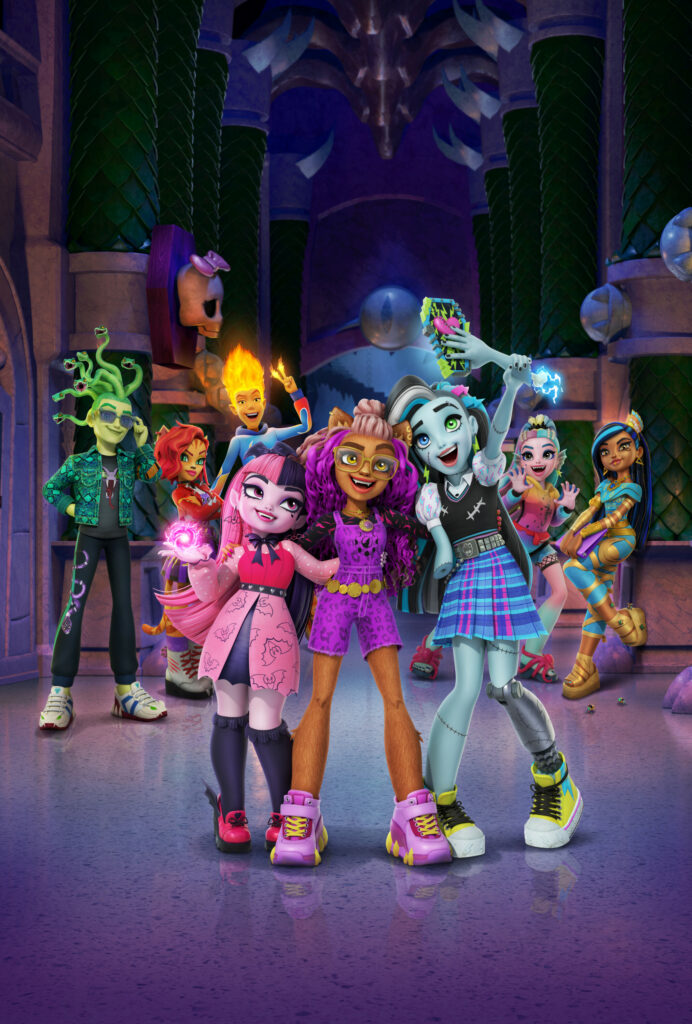 and Mattel Television have announced the renewal of the original animated series Monster High for a second season (20 episodes), following the children of famous monsters and creatures on even bigger comedy-packed adventures. Season one of Monster High premiered in the US on 28th October on Nickelodeon. The series also debuted in the UK and will launch later this month in Australia on Nickelodeon and Paramount+. The series will roll out in additional international territories in 2023.

“Monster High is an iconic franchise that continues to connect with fans around the globe because of its creativity, relatable characters, and authenticity,” said Claudia Spinelli, senior vice president, Big Kids Animation. “We can’t wait to continue to work alongside our partners at Mattel to bring even more animated stories to life surrounding the most-famous teen monsters around.”

“Monster High is a franchise that, at its core, encourages fans to live as their true selves and celebrate the things that make them unique,” said Fred Soulie, senior vice president and general manager at Mattel Television. “We are proud to partner with Nickelodeon and our talented cast members from both the animated and live-action worlds of Monster High to continue delivering this important message through fun, entertaining content.”

In addition to the linear series, an all-new digital original series (8 episodes), Monster High Mysteries, made its debut on the official Monster High YouTube channel on Friday, 18th November. The 2D-animated YouTube series features the voice talent behind the linear series and offers fans even more of the beloved characters and world. The first four episodes will roll out weekly with the second batch debuting in 2023.

Monster High follows iconic teenage monsters Clawdeen Wolf, Draculaura, Frankie Stein and Deuce Gorgon and the new season will dive even deeper into character backgrounds and continue expanding on the theme of friendship. All of the leads featured in season one of Monster High will return in season two.