The list of 15 toys, which features a variety of film- and TV-licensed products, has been announced by Argos as attention turns to Christmas gifting. 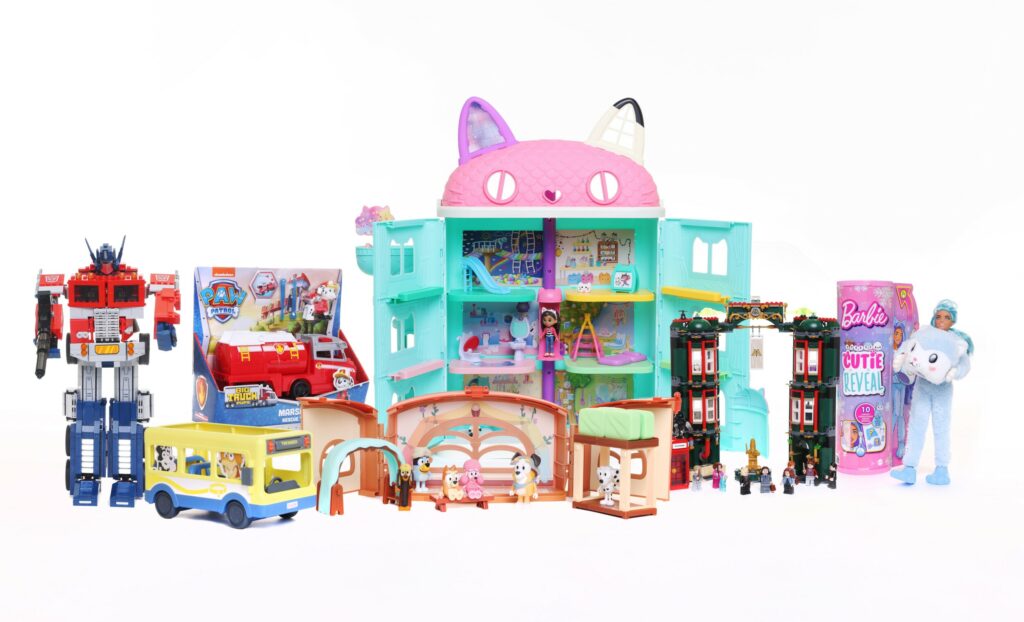 With Christmas fast approaching, Argos has announced its highly anticipated compilation of the top toys that are set to dominate Christmas wish lists in 2022. The list of 15 toys includes toys at a range of prices to suit all budgets.

This year’s list sees traditional film franchises such as Harry Potter and Transformers continue to influence the most popular toys, with the Harry Potter Ministry of Magic Lego set and the Lego Transformers Optimus Prime figure making the cut – and providing fans with an enviable model for their collection. For collectors of Pokémon, a Pokémon Card Tin makes it way onto the list, complete with a code to unlock the Pokémon TCG online cards.

Ahead of the hotly anticipated Barbie film release next year, the latest iteration of the brand, the Barbie Cutie Reveal Snowflake Sparkle Husky has been chosen as a top toy this year by Argos.

Elsewhere, the list is heavily influenced by the small screen, with toys from the worlds of Bluey, Paw Patrol and Gabby’s Dollhouse. Giving children the chance to engage with their favourite shows and characters, The Bluey School Playset and Adventure Bus Bundle, Paw Patrol Big Truck Pups and Gabby’s Purrfect Dollhouse make perfect gifts.

Fay Williams, head of Toy Buying at Argos, said: “This year’s top toy list is a great mixture of classic and much-loved toys such as Lego as well as newer brands like Squishmallows which have quickly become wish-list staples. It’s clear digital entertainment and some of the biggest and most loved film and TV franchises continue to have a massive influence on the most in-demand toys. It’s great to see classic franchises like Harry Potter, Transformers and Pokémon continue to prove popular amongst children in 2022, alongside the newer ones with cult followings such as Bluey and Paw Patrol.”

Fay added: “We offer a wide range of toys, top toys and beyond, ensuring there is something for every child, regardless of their interests or passions.”

Argos’ Top 15 Toys for Christmas 2022, in price order (lowest-highest) are as follows: