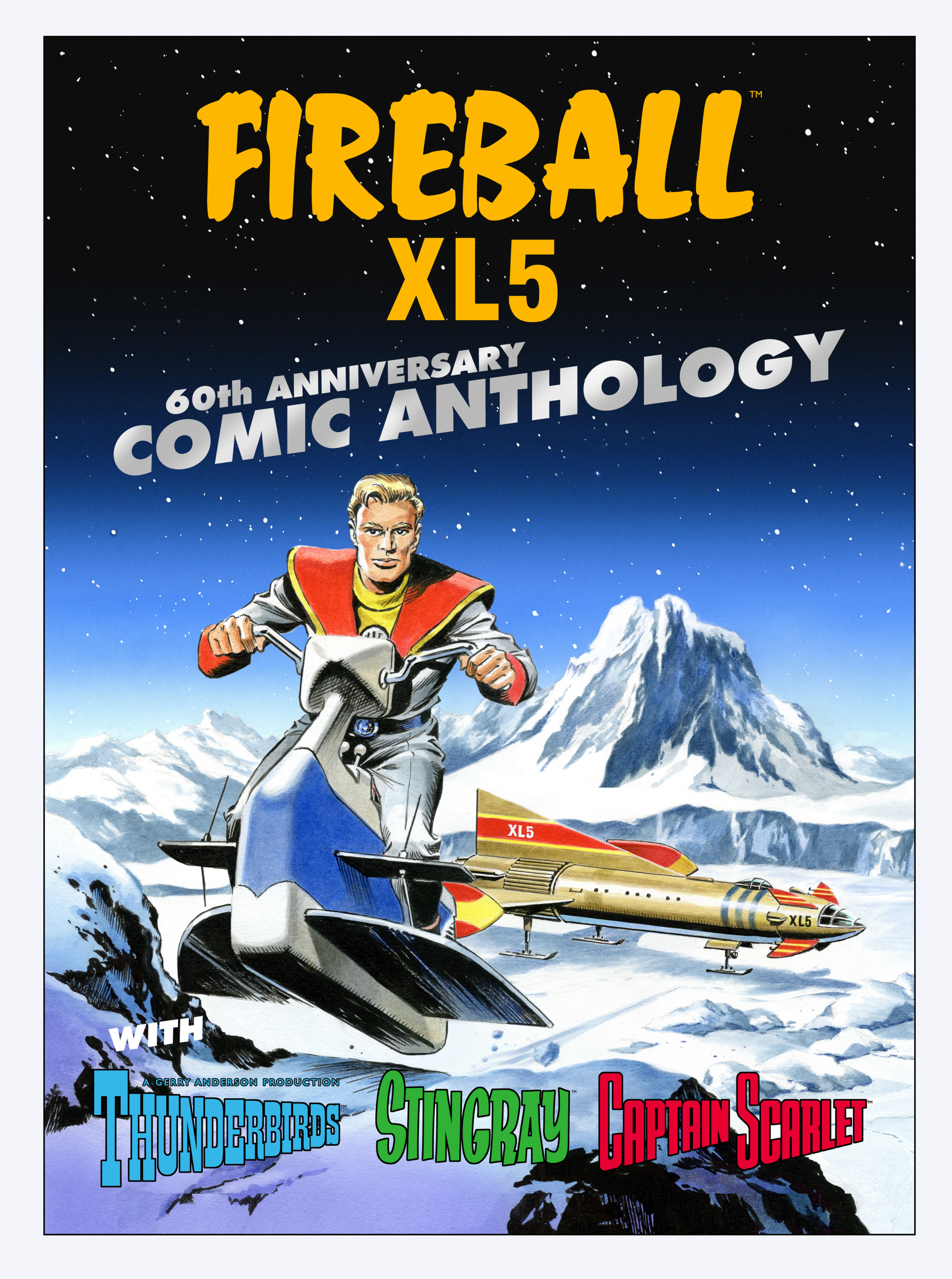 Other highlights include strips from Countdown and the TV21 specials, as well as a brand-new 17-page adventure strip by renowned artist and Fireball XL5 mega-fan Lee Sullivan; who worked on Doctor Who, Transformers and 2000 AD. The 17-page strip features Thunderbirds, Stingray and Captain Scarlet interacting for the first time ever with Fireball and its crew.

Fireball XL5 debuted in October 1962. Created by Gerry Anderson, the sci-fi children’s show wowed family audiences with its inventive stories, supermarionation puppetry and ground breaking visual effects. Steve Zodiac pilots the Fireball XL5, as he, Dr. Venus, Professor ‘Matt’ Matic and Robert the Robot patrol Sector 25 of charted interstellar space on behalf of the World Space Patrol. The show ran for one season, comprised of 39 black-and-white episodes. Fireball XL5 comic strip tales followed the show’s premiere from 1965, running while the series was still being broadcast, and continued until 1968, which gave viewers a first look at the stripin colour.

“This is a book we’ve wanted to make happen for a very long time, and we’re thrilled to have pulled it off,” said Jamie Anderson, son of Gerry Anderson and managing director of Anderson Entertainment. “So many great artists helped evolve the show, the ship and the characters through the comic strips, and it’s honour to have everything collected in one book in time for the 60th anniversary of Fireball XL5. Lee’s fantastic new strip is the icing on the 60th birthday cake.”