Fans gather for 40th anniversary screening of E.T. The Extra-Terrestrial

Fans and influencers celebrated the iconic movie with a special showing of E.T. The Extra-Terrestrial at London’s Prince Charles Cinema. 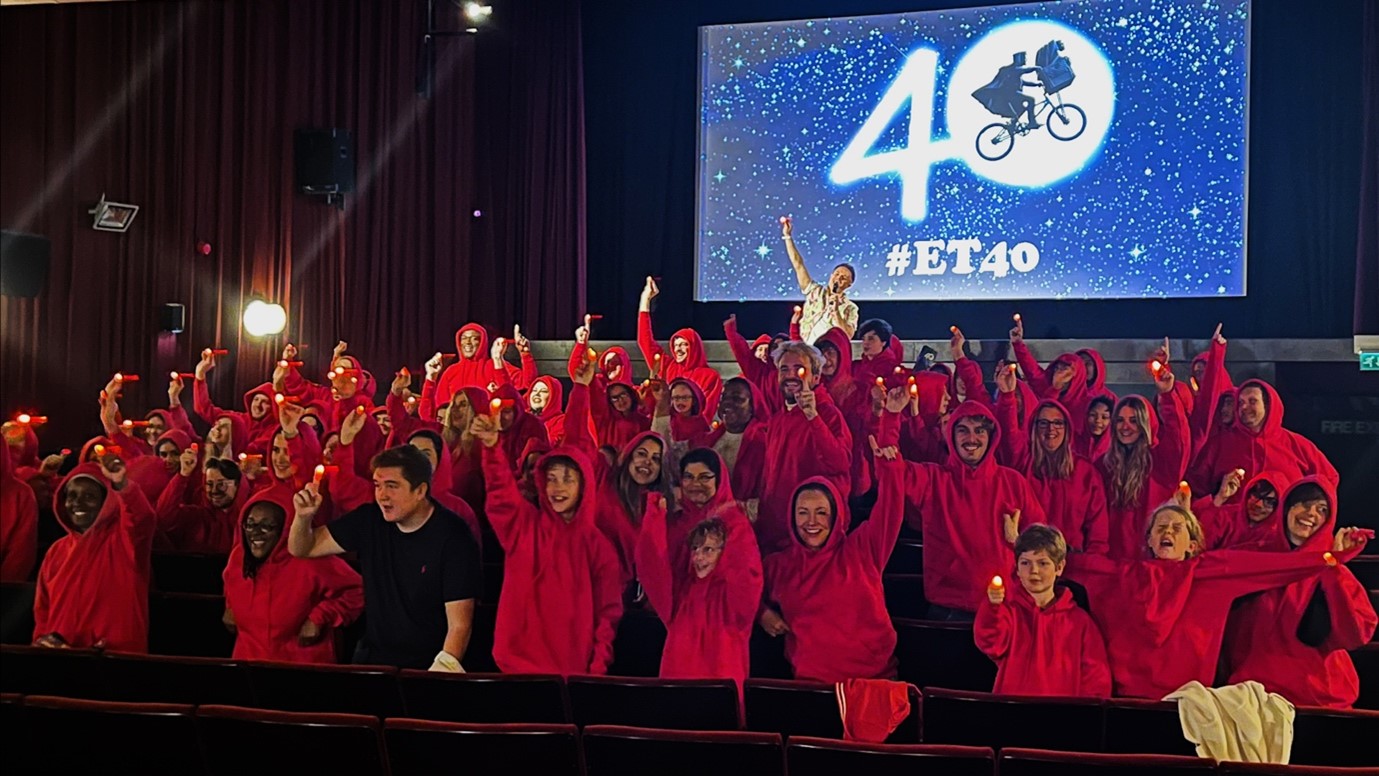 At Sunday’s immersive event to mark 40 years since the release of Universal Pictures and Amblin Entertainment’s E.T. The Extra-Terrestrial, cinema-goers had the opportunity to don a red hoodie and capture content on a replica of the iconic BMX bike with E.T. in tow, before stopping off at an old school video rental store.

Paying homage to 1980s movie classics, the shelves were adorned with VHS boxes of iconic films from the era, including E.T. The Extra-Terrestrial, while original analogue TVs displayed the film’s opening sequence. Also on show was footage and physical product displays of the range of 40th anniversary E.T. products available at retail.

Once seated in the retro screening room, with glowing fingers pointed to the sky, all attendees came together to capture a fantastic ‘phone home’ image paying tribute to the seminal moment in movie history, its significance to the past and its place in the future of family entertainment.

Many toy companies have been bringing out commemorative licensed products to celebrate the 40th anniversary of E.T. The Extra-Terrestrial after Universal Brand Development (UBD) lined up an extensive roster of global licensees that leverage the toyetic and kidult appeal of the property.

Mattel has launched a stylised E.T. character plush featuring sounds and a light-up finger, while The Noble Collection announced a new range this autumn of 11 items inspired by the E.T. character, including three variations of E.T. plush, four charms, two collectible bookmarks, a detailed E.T. BendyFig and an intricately crafted Toyllectible Treasure diorama inspired by the iconic flying bicycle scene from the film.