The ident celebrates the 40th anniversary of the animation’s debut on Channel 4 and features beloved characters from The World of The Snowman. 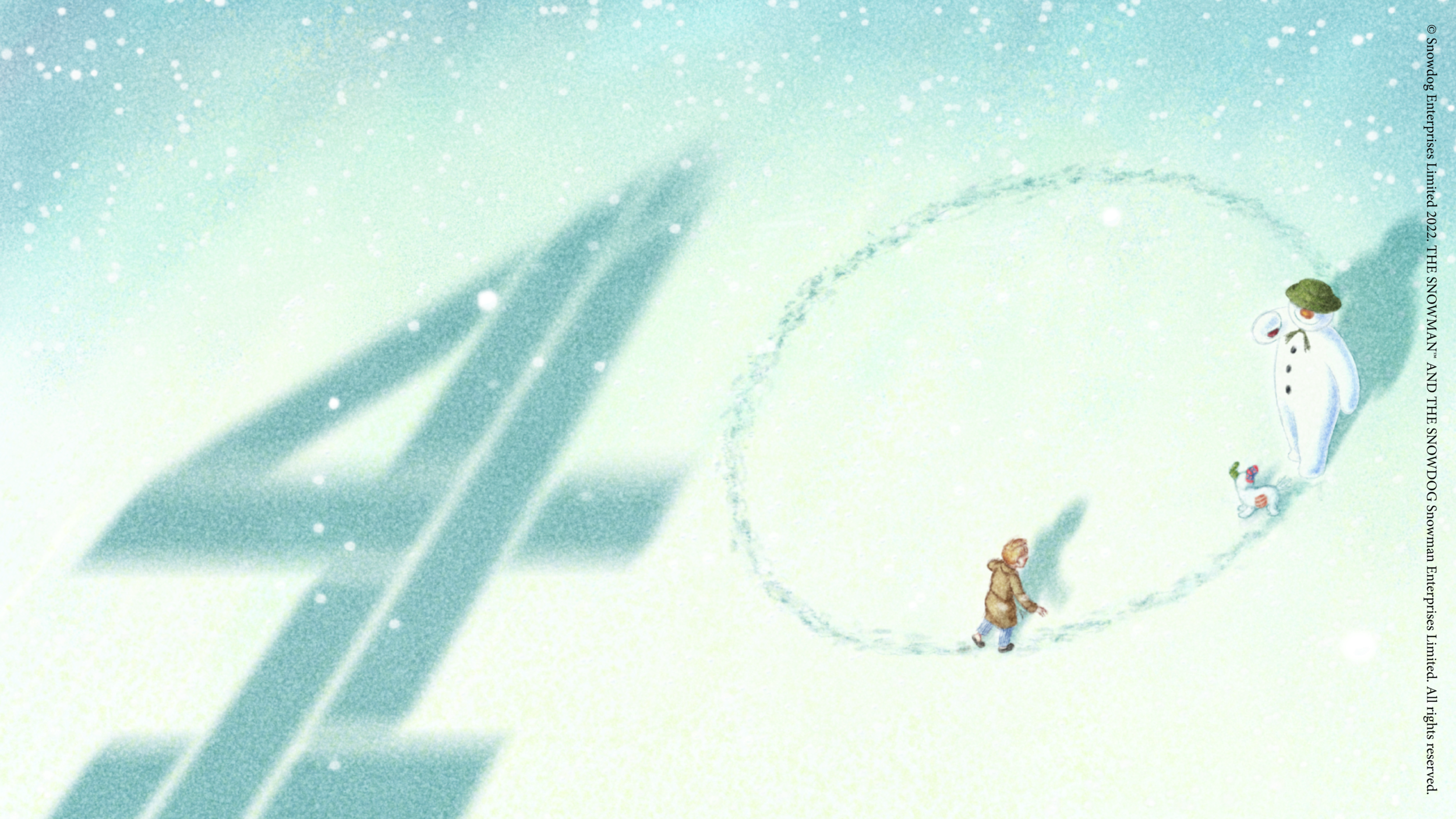 Channel 4 has commissioned award-winning production company Lupus Films (The Tiger Who Came to Tea, We’re Going on a Bear Hunt) to produce a snowy seasonal ident featuring the beloved characters from The World of The Snowman, part of Penguin Random House Children’s and created in collaboration with Channel 4’s in-house creative agency, 4creative.

The 20-second film has been made to celebrate the 40th anniversary of the very first transmission of The Snowman film adaption on Channel 4 and pays tribute to both the original animation and to the magical sequel, The Snowman and The Snowdog, which was first broadcast in 2012.

The latest in a long line of iconic Channel 4 idents, the film transports the Channel 4 logo to a wintry setting where it oversees The Snowman, The Snowdog and James, the boy from the first The Snowman film, playing in the snow. The ident marks the very first time that all three characters will be seen on screen together. It will premiere on the channel at 8pm on Tuesday, 6th December and will be shown regularly over the festive period.

The ident has been produced by Lupus Films – the producers of The Snowman and The Snowdog – and directed by Robin Shaw who was responsible for the iconic flying sequence in the film.  The animation, in Lupus Films’ trademark hand-drawn style, has been lovingly hand-crafted by Robin Shaw and a small team of top animators using traditional 2D techniques in animation programme TVPaint.

Ian Katz, Chief Content officer, Channel 4, said: “The Snowman has been a part of Christmas for four decades so what better way to mark the 40th birthday of both Channel 4 and the animated adaptation of Raymond Briggs’s beloved character than with a set of hand crafted idents featuring James and the Snowman.”

Co-founder of Lupus Films, Camilla Deakin, said: “We are really honoured to have been asked to bring The Snowman back to life for Channel 4 for the 40th anniversary of this very special animated Christmas classic. It’s particularly poignant for us at the time of the tenth anniversary of The Snowman and The Snowdog and after the death earlier this year of our long-time friend and collaborator, the inimitable Raymond Briggs.”

Thomas Merrington, Creative director of Penguin Ventures added: “The Snowman has been an enduring part of Christmas television for over 40 years and we are thrilled that Channel 4 has commissioned a wonderful piece of animation that celebrates Raymond’s original creation and sees The World of The Snowman beautifully realised, once again, by Lupus Films and Robin Shaw in this brand new ident.”

The Snowman, The Snowman and The Snowdog and Lupus Films’ other festive animated specials We’re Going on a Bear Hunt and The Tiger Who Came to Tea are all transmitting on Channel 4 over the festive period.