Disney has announced that Bob Chapek will step down as CEO, with Bob Iger returning to lead the company for a two year period. 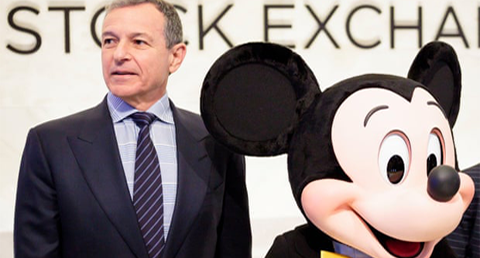 The Disney board of directors made the surprise announcement on Sunday. Susan Arnold, chairman of the board, said: “The board has concluded that as Disney embarks on an increasingly complex period of industry transformation, Bob Iger is uniquely situated to lead the company through this pivotal period.”

Bob Chapek had signed a new multi-year contract in June this year, when the departure of TV chief Peter Rice prompted the board to issue a public statement backing him.

Now, Bob Iger will be returning to his old role, however, the board said that his new term will be a temporary one. In an email to Disney employees, he said that he is returning “with an incredible sense of gratitude and humility — and, I must admit, a bit of amazement.”

Bob Iger has agreed to serve as CEO for two years, with a mandate from the board to set the strategic direction for renewed growth and to work closely with the board in developing a successor to lead the company at the completion of his term. This means a revival of the speculation as to who will become the next CEO, a topic which was hotly debated following Bob Iger’s departure in February 2020.

At the time, Bob Chapek was promoted to CEO from his previous role heading up the company’s theme parks and consumer products division. Bob Iger continued to serve as executive chairman until stepping down 11 months ago.

Earlier this month, Disney announced a freeze on hiring as well as a ban on all non-essential travel. Layoffs also looked likely as the executive team sought make cost savings. The company’s streaming losses have increased to nearly $1.5b in its most recent quarter, making it a challenge for the company to hit its profitability target.

Bob Iger became CEO of Disney in 2005, succeeding Michael Eisner and growing the company by acquiring Pixar in 2006, Marvel in 2009 and Lucasfilm in 2012, creating a powerhouse that in 2019 saw the company pass $10b in global box office sales. The same year, Disney completed the acquisition of Fox. These deals, along with the launch of the Disney+ streaming platform and amusement park openings helped the company’s market value increase five-fold.

“I am extremely optimistic for the future of this great company and thrilled to be asked by the board to return as its CEO,” commented Bob Iger. “Disney and its incomparable brands and franchises hold a special place in the hearts of so many people around the globe – most especially in the hearts of our employees, whose dedication to this company and its mission is an inspiration. If I learned one thing from my years at Disney, it is that even in the face of uncertainty – perhaps especially in the face of uncertainty – our employees and Cast Members achieve the impossible.”

Susan Arnold added: “We thank Bob Chapek for his service to Disney over his long career, including navigating the company through the unprecedented challenges of the pandemic.”