The two brands partner for a half-term Halloween Beano quest with Dennis and friends at 22 English Hertitage locations. 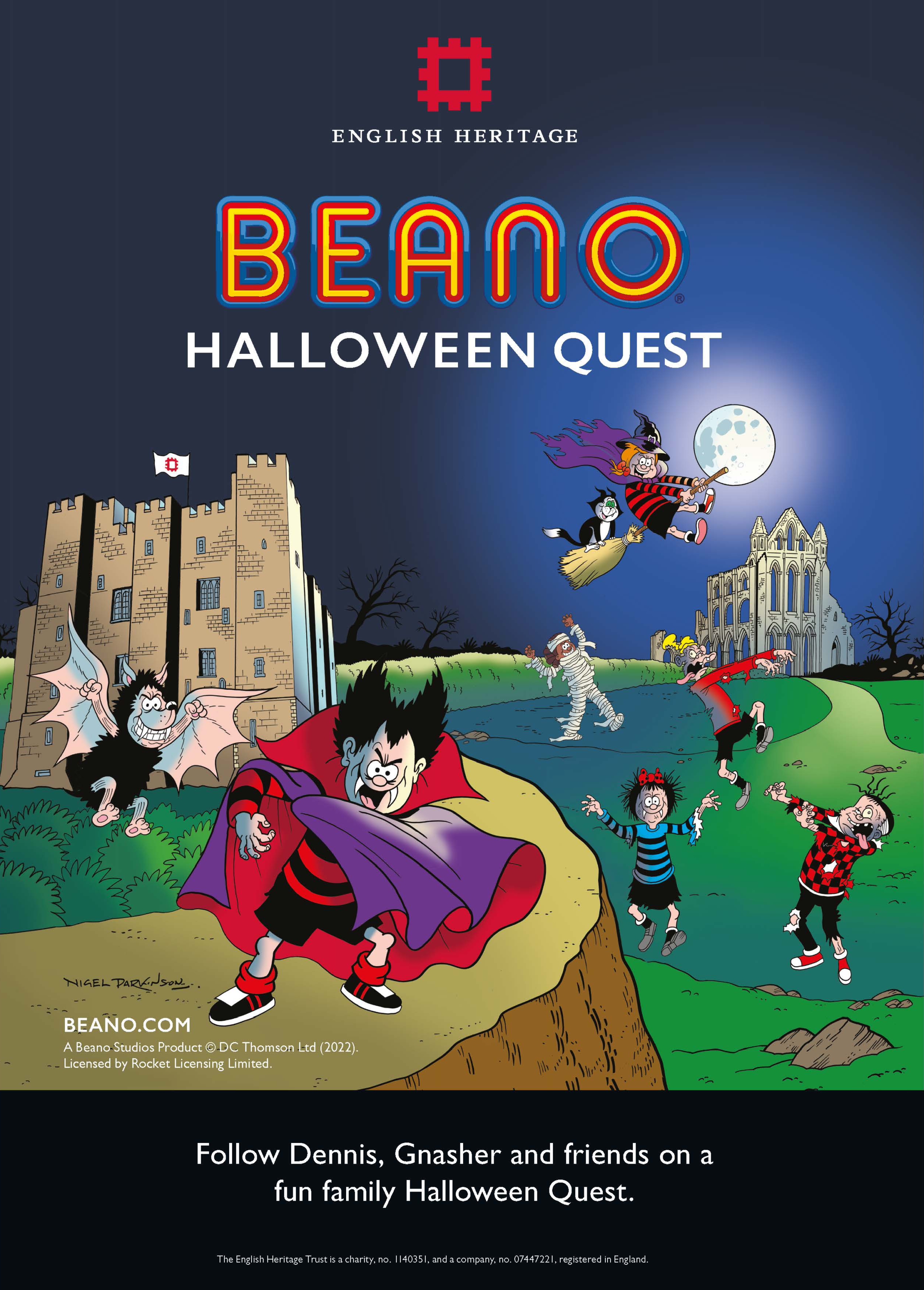 Lorna Sharps, senior marketing manager Acquisition & Partnerships English Heritage, said: “We’re very excited to be working with Beano for the first time ever. Halloween is full of mischief and who is more mischievous than Dennis and his friends? We can’t wait for families to enjoy the trail that we have created for them in partnership with Beano.”

On arrival at a site, visitors will be given a Beano Quest booklet and then they must hunt for eight question boards and try to find the answers. Every set of questions is specific to the site and its history. The booklet will also include Beano puzzles and colouring for children to do at the site or take home. It’s a fun way to find out about English history and perfectly reflects the core aim of English Heritage: to bring history to life.

This major event is being promoted on radio and social media, including the English Heritage social media channels. There’s also a dedicated Beano Halloween landing page on the English Heritage website including downloadable masks of Beano characters, a historical prank feature and an interview with Beano’s Creative director and director of Mischief, Mike Stirling. Beano merchandise will be sold in all visitors’ shops at Quest site locations.

Vanessa Andreis, franchise planning and partnerships director at Beano added: “We’re incredibly excited to partner with English Heritage for the first time and for families to enjoy our spooky Beano Halloween Quests up and down the country this half-term. Beano’s been entertaining for kids for more than 80 years so these iconic English Heritage sites are the perfect place for us to cause mischief and mayhem this Halloween.”

Beano is uniquely placed as one of the most recognisable British brands, which will be celebrating its 85th birthday next year and has huge multi-generational appeal, boasting a licensing list that already includes gifting, dress-up, socks, greeting cards, houseware, novelty toys, jewellery and plush. Beano has also partnered with a number of major names, including Apple, Royal Mail, Netflix, EE, Kew Gardens, Somerset House and many more.

Melissa Satterly, brand manager, Rocket Licensing, commented: “The work of English Heritage is all about bringing history to life, and this marvellous event is perfectly designed to do just that for young visitors to some of the country’s most historical sites. We’re delighted to be bringing Dennis, Gnasher and friends together with the inspirational work of English Heritage in what promises to be a fun and engaging half-term treat.”