BBC Studios has enlisted John Adams to create the first official 1% Club board game based on the popular TV game show. 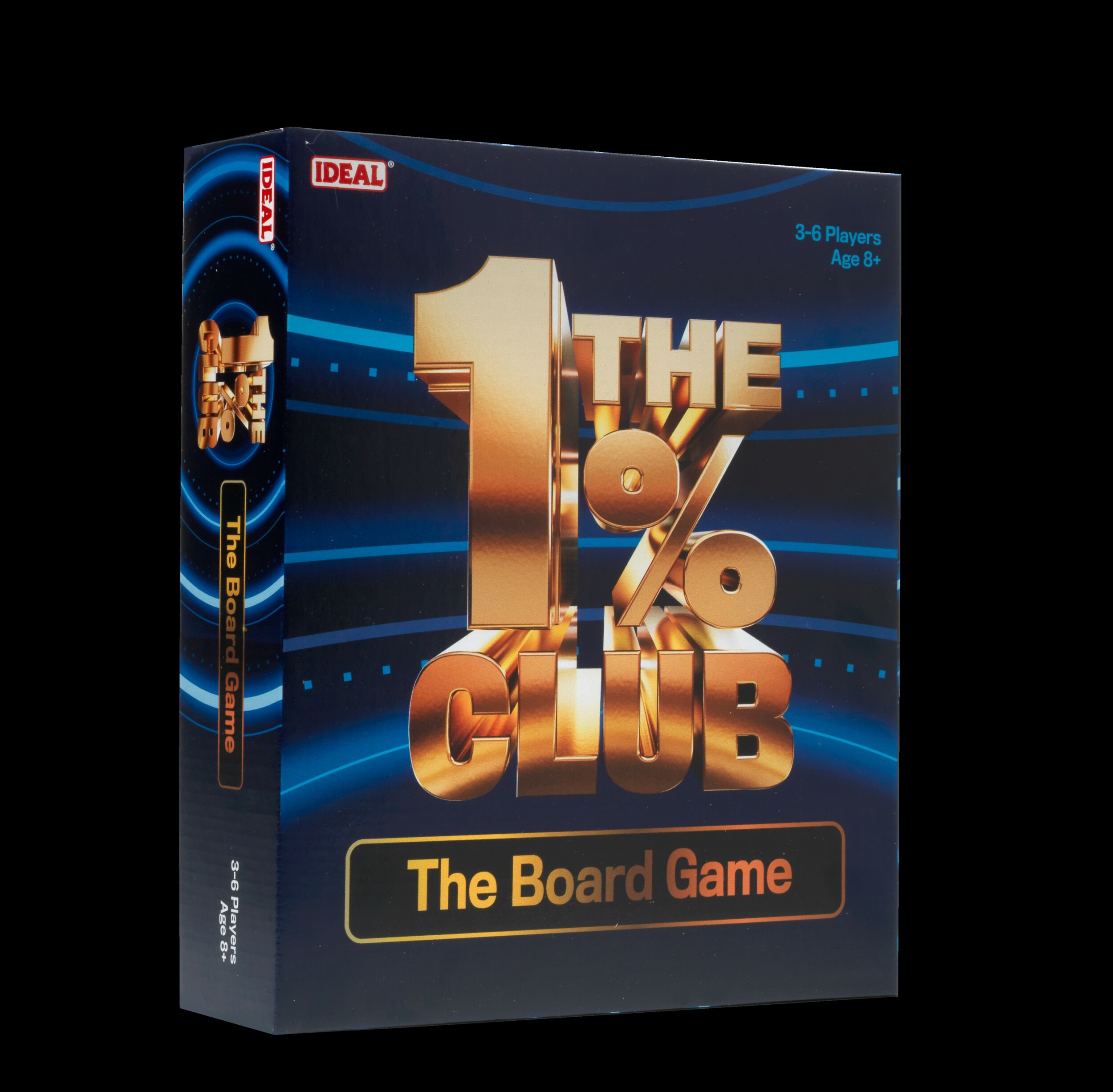 The new UK & Eire partnership will see John Adams Leisure develop, manufacture and distribute the first ever official  The1% Club board game.

The 1% Club debuted on TV in the UK in 2021, hosted by British actor and comedian Lee Mack and produced by Magnum Media for ITV. The entertaining game show is the ultimate leveller as it doesn’t matter if you can’t remember facts and figures; the questions in The 1% Club are all about logic and common sense. Whether aged eight or 80, this is the quiz that the whole family can play together. Plus, those who are smart enough can earn themself a place in The 1% Club: an elite group of people who can say they’re smarter than 99% of the population.

Viewers can put themselves to the test with this table-top version of the show. Players work their way up the board by trying to answer questions that are not related to endless reams of dates or obscure quiz trivia, but instead by testing their ability to apply logic and reasoning skills. But can they make it to the end and answer the final question to join The 1% Club and win the jackpot?

The 1% Club board game will be previewed at this year’s London Toy Fair and the product will be available at retail for summer/autumn 2023.

“We have an enviable track record for creating best-selling table-top games based on TV game shows, so we are really excited to be working with the BBC Studios team on The 1% Club,” said Simon Pilkington, group managing director at John Adams Leisure. “We are confident that the game will become one of the ‘must-have’ family board games for 2023. Full national distribution for the game is already looking very positive.”

Julie Kekwick, head of Licensing – Hardlines at BBC Studios said: “We are thrilled to be partnering with John Adams, which is a long-established multi-category company with expertise in table-top games based on TV game shows. This is our very first licensing deal for The 1% Club and we are delighted to bring this engaging format to retail, which will entertain all the family.”