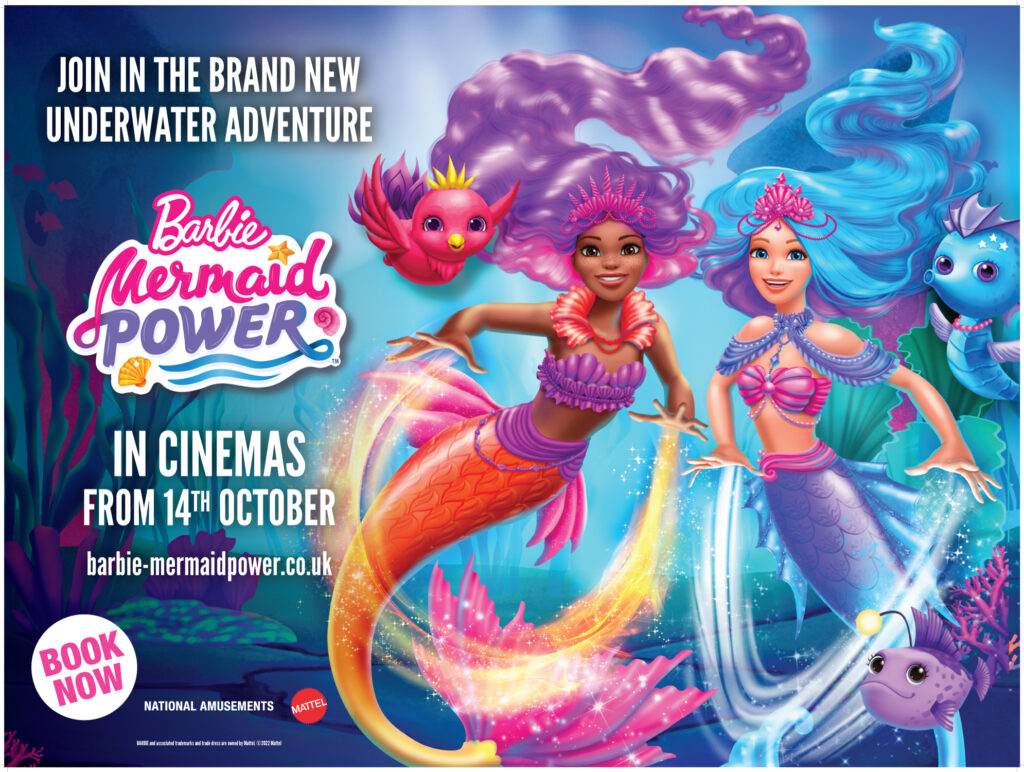 Building upon the history of mermaid content and the success of modern fantasy for the Barbie brand, the Barbie Mermaid Power movie will find both characters under the sea for the very first time. This exciting musical celebration premieres on Friday 14th October 2022 in cinemas nationwide.

The new adventure follows Barbie Brooklyn Roberts, Barbie Malibu Roberts and her sisters Skipper, Stacie and Chelsea on an underwater adventure as they transform into mermaids to help save the world of Pacifica. In the new movie, Barbie and Barbie are summoned by Isla from Dolphin Magic, to compete to be the underwater ‘Power Keeper’ in a series of challenges designed to find their inner powers. Through these competitions they discover whether they are mermaids of Earth, Air, Water or Fire, all while making new animal and mermaid friends. In this tale of friendship, adventure and bravery, the charcaters experience first-hand what it’s like to balance the worlds above and below the sea and learn a lesson in finding their inner powers along the way.

Mattel hosted an exclusive private screening on 8th October in the UK’s biggest cinema, The Showcase Cinema de Lux in Bluewater, with special guests Jacqueline Jossa and her daughters Ella and Mia, as well as micro influencers. The screening included a red carpet, photo opportunities, product displays and merchandises to create a magical atmosphere.

Barbie Mermaid Power will also be represented in the latest update to the Barbie Dreamhouse Adventures mobile game, available now for free. The update features a new underwater adventure with Malibu, Brooklyn and friends where gamers can explore hidden corners of the deep ocean in Pacifica, discover new fashion outfits and decor for magical summer vibes and compete in a new fashion challenge.

Barbie Mermaid Power will be showing at UK Cinemas including Showcase, Vue and Odeon, with tickets available here: https://www.showcasecinemas.co.uk/film-info/barbie-mermaid-power